Kuldeep Yadav has dismissed the notion of him being a mystery bowler.

It was the second Test of the five-match series and Kuldeep didn’t play again. He did feel down but took it as a challenge and vowed to learn from his mistakes.

“I could rarely smile,” Kuldeep told The Indian Express. “I saw the world crumbling in front of me, but when I look back now, I realise that everything in life has a purpose. The Lord’s Test was an eye-opener, a reality check. I realised I needed to work harder and prepare better so that I wouldn’t repeat the mistakes.”

Before that Test, Kuldeep had made an impressive start to his international career. But following Lord’s display, there were talks of his mystery being unravelled.

Kuldeep, 24, dismisses the notion of him being a mystery bowler. “What mystery? Sab bakwas hai. I am using the same weapons like Ash [Ravichandran Ashwin] bhai — flight, drip, drift and turn — only that I’m a wrist spinner and he’s finger spinner,” he said.

After playing red-ball cricket for India A and then against West Indies at home, the chinaman rebuild his confidence. In the fourth and final Test of India’s tour of Australia, the hard work paid off as he claimed a five-wicket haul.

The highlight of his performance was the dismissal of Australian captain Tim Paine whose dismissal Kuldeep had been plotting since the first Test in Adelaide.

“It was exactly how I had dismissed him in Adelaide [in mind]. I noticed that he liked to play Ash bhai on the back-foot, the good length balls. Slightly fuller ones, he would compulsively go for the drives, leaving a lot of space between the bat and the body. So when I slip in a full-length delivery after a few good-length ones, he would lunge for the drive. If I can beat him in the air, I can get him bowled,” he explained.

For Kuldeep the thrill of bowling lies in outsmarting a batsman. “The more you work on dismissing a batsman, the happier you get. Of course, you don’t want to dismiss him after he plunders hundred runs off your bowling, but the biggest thrill of spin bowling is about out-thinking a quality batsman. Yeh dimag wala khel hai!” he said. 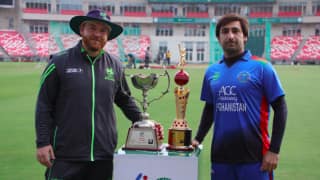 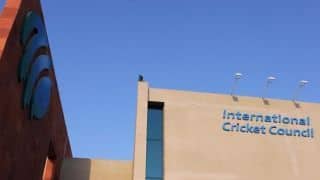