It is the 10th season of Indian Premier League (IPL) and like every other year, IPL is all set to become the major cricketing event for the time span. The live cricket telecast of all the matches of IPL 2017 will be available on Set Max, Sony Six, Sony Six HD, Sony ESPN and Sony ESPN HD. The live online streaming of all the IPL 2017 matches will be available at ESPN, SonyLIV and Hotstar. IPL 10 starts off with a contest between reigning champions Sunrisers Hyderabad (SRH) and the runners-up Royal Challengers Bangalore (RCB) of IPL 9, on April 5, 2017 at the Rajiv Gandhi International Stadium, Uppal, Hyderabad. FULL CRICKET SCORECARD: Sunrisers Hyderabad vs Royal Challengers Bangalore, Match 1 at Hyderabad

Like every season, IPL 2017 also has a surprise for its viewers. This time, instead of one grand opening ceremony, all the hosting grounds will have their own event. The ceremonies will include cultural programmes based on the heritage of the venue as well as star-studded performances. Bollywood celebrities will be the major attraction for the eight opening ceremonies which will give a larger mass the opportunity to witness the live performances. Amy Jackson in Hyderabad, Riteish Deshmukh in Pune, Tiger Shroff in Gujarat, Shraddha Kapoor and Monali Thakur in Kolkata and Parineeti Chopra in Delhi will add the glamour quotient to the ceremonies. However, performers for Indore, Bangalore and Mumbai are not yet disclosed.

IPL 10 started with many injury woes. Starting from Virat Kohli, AB de Villiers, Quinton de Kock, KL Rahul and Mitchell Marsh, many of the IPL heavyweights were ruled out for either the tournament or a few matches way before the start of IPL 2017. RCB have a long list of injured players and in absence of their regular captain Kohli, Shane Watson is set to take charge of the side, including the inaugural match against SRH. IPL 2017 revised Schedule: Fixture, Dates, Match Timings and Venue Details of Indian Premier League 10

SRH will be led by David Warner, under whom the team lifted their maiden IPL trophy in the previous season. Warner led the side from front scoring runs in bulk, while the rest of the team did their bit to take the team to the glorious end. So far, among the teams who have been around since IPL s inception, only RCB, Delhi Daredevils (DD) and Kings XI Punjab (KXIP) are the three teams to have never won the title. The season will bring them the chance to complete the cycle. The two new teams Rising Pune Supergiants (RPS) and Gujarat Lions (GL) have a lot of big names in the squads and are sure to give tough competition as well. 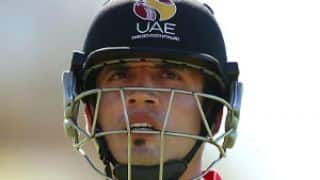