When Australians sledged, I turned a deaf ear: Haris Sohail

When Australians sledged, I turned a deaf ear: Haris Sohail

Sohail, who was sidelined for a two-year period with a knee injury in 2015, has worked hard to regain his fitness.

Australia have been known for their sledging and heated duels, but Pakistan batsman Haris Sohail, who scored a maiden Test century on Day 2 of the first Test against the Aussies in Dubai on Monday, said that he didn t pay attention to the Aussies on-filed remarks.

I am an innocent guy (laughs). When they tried to sledge me, I didn t even look at them. On a couple of occasions when they sledged, I turned a deaf year on it, Sohail said on Monday.

Sohail, who was sidelined for a two-year period with a knee injury in 2015, has worked hard to regain his fitness.

You guys know about my struggle due to my knee injury. Few things were not going in my favour. I worked on it and got things going for me. It means a lot when you are playing for your country, and when you score your maiden Test hundred, it means a lot, more than anything, he said.

Sohail was involved in a 150-run partnership with Asad Shafiq (80) for the fifth wicket, and at one point of time, Pakistan looked to pose a 500-plus total. But after the partnership was broken with Shafiq caught behind off Marnus Labuschagne, Pakistan kept losing wickets at regular intervals and were bowled out 482.

Sohail felt their first innings was according to plan. We achieved the total we wanted for the first innings. Based on this pitch where it s difficult to score runs and the outfield is also slow, I feel it s a good first innings total. 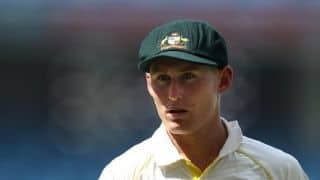 Been working hard to ensure I bowl the right length: Marnus Labuschagne 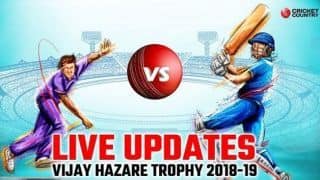