Rihanna, known as Robyn Fenty during her school days, would beat up any kid who dared to bother Kraigg Brathwaite.

There are a few anecdotes of cricketers that take us by surprise. In an article by Bharat Sunderasan for Indian Express, there were some interesting revelations made on West Indies’ batting sensation Kraigg Brathwaite.

Apparently, Kraigg was often bullied in his school bus, but Rihanna, now a pop star, came to rescue him. Rihanna, known as Robyn Fenty during her school days, would beat up any kid who dared to bother Kraigg.

Rihanna, who was four years senior to Kraigg, studied in Combermere School at Barbados. It is the same school where 15 West Indies Test cricketers and two English cricketers Chris Jordan and Gladstone Small passed through its hall. 2016 WT20 star Carlos Brathwaite also was part of the same school.

Kraigg and Rihanna s story did not end there. Ahead of the junior World Cup 2012, Rihanna had provided front-row seats of her concert not just for Kraigg, who was the West Indies U-19 captain then, but to the entire team in the USA. Now, the 24-year-old Kraigg bullies the likes of James Anderson, Stuart Broad and Ben Stokes.

Kraigg compiled a 246-run stand along with Shai Hope to help West Indies level the 3-match Test series against England.

He was almost on the brink of securing another century, until he was dismissed for 95 in the second innings. 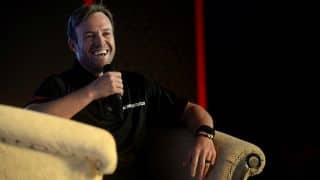 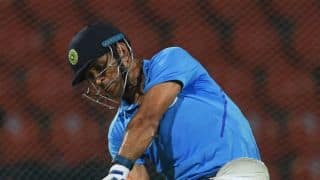