According to reports, the band was first silenced during the second session of the match which resulted in crowd leaving the stadium.

In the second Test between Australia and South Africa at Port Elizabeth, the band at St George’s Park was asked to be silent on the second day of the match.

According to reports, the band was first silenced during the second session of the match, which resulted in crowd leaving the stadium. In the post tea session the crowd in the stadium chanted “we want the band” which led to the return of the band. The play was stopped twice by the umpires Kumar Dharmasena and S Ravi, who is standing in place of an ill Chris Gaffaney to discuss about the situation.

Match referee, Jeff Crowe who had a fair share of work with four disciplinary issues, came on field to discuss the issue with umpires. The band had restarted after that, with the third session being the loudest and often accompanied by song and fanfare.

The next time 100000 people at The great Eden Gardens, start making too much noise(which is far more deafening than St George s), please can officials stop the game. Ridiculous! Wake up Dharmasena! You should know better, you played!

This was not the first time the band was asked to silenced, the latest being in December 2016 in a Test match against Sri Lanka. In 2010 as well, New Zealand’s batsmen complained that they were unable to concentrate because of the noise. The band was then restricted to play during New Zealand‘s batting and allowed to play only during South Africa’s batting.

The band’s treasurer, Cole Ingram, told SEN radio that the band spoke to the match officials in the morning and “had a good understanding of what’s expected from us during the day,” but that the umpires said they “can’t hear anymore because of us,” in the second session. The host are 263 for 7 with a lead of 20 runs at stumps, Day Two. Australia are currently leading the series 1-0. 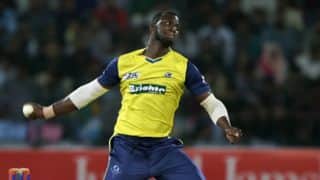 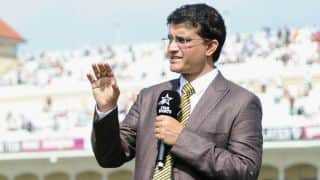