Where is the time to have a review meeting?: No review of India's World Cup 2019 performance, says CoA chi

Rai also said that the usual feedback from the support staff and manager's report is still awaited.

The Committee of Administrators (COA) chief Vinod Rai on Friday said there is no meeting planned to review India‘s performance in the World Cup.

India, who went into the World Cup as one of the favourites, were handed a heartbreaking defeat by New Zealand in the semifinals.

“Where is the time to have a review meeting?” asked Rai referring to the Indian team’s departure on July 29 for the West Indies tour.

“The usual feedback from the support staff and manager’s report is still awaited,” he said after a COA meeting in New Delhi.

After the meeting, the Supreme Court-appointed COA comprising Rai, Diana Edulji and Ravi Thodge left to meet Amicus Curiae P S Narsimha, who was appointed mediator by the apex court to resolve matters related to cricket administration in the country.

“Besides helping the COA in ensuring timely state elections (September 14 deadline), the amicus will also approach the Supreme Court on the matter related to conflict of interest,” said a BCCI official.

BCCI ethics officer DK Jain had last month ruled that VVS Laxman and Sourav Ganguly can only choose one out of their multiple cricketing roles they are performing at the moment, including their commentary commitments.

Jain had given his verdict as per the BCCI constitution which allows one person to hold not more than one position at the same time. However, the COA did not enforce his order and decided to approach the Supreme Court. 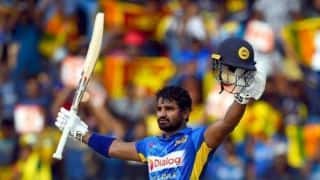 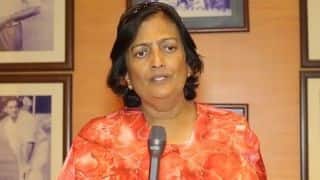