The West Indies Cricket Board (WICB) aims to forge closer ties with the Board of Control for Cricket in India (BCCI) and provide the regional cricket boards and its cricketers more opportunity.

The West Indies Cricket Board (WICB) aims to forge closer ties with the Board of Control for Cricket in India (BCCI) and provide the regional cricket boards and its cricketers more opportunity.

“West Indies and Indian cricket has had a long association and the WICB under Dave Cameron wants to make this very fruitful indeed,” Mahabir told the Trinidad Guardian.

“I am here and to explore a number of things with the BCCI and other bodies that we hope can lead to better relations and in the long term progress for WICB and its cricketers,” he said.

The report added that the BCCI wields lot of power in international cricket and dictate terms due to their strong influence.

Mahabir said he will not be able to give details on the progress of talks.

“I have had some very good meetings and at this stage it would be difficult to divulge the information because we are still negotiating a number of things. However, what I can tell you is that for example, we have a regional 50 overs tournament and with the regional T20 not under our care anymore, we are looking to have a great spectacle for this tournament,” he said.

“T&T will play host of this tournament for three years and who knows, we can get Indian and other foreign cricketers playing in this tournament. This is just one of the possibility that is being explored here,” he concluded.

The West Indies would be hoping to bank on the opportunity to get as close as they can with the BCCI, in the wake of the Indian board inviting them for an impromptu two-Test and three-match One-Day International series and the Caribbean side accepting it.

The tour was arranged to provide Indian batsman Sachin Tendulkar to play his 200t Test in front of the home crowd. 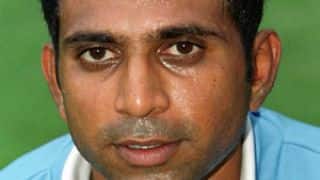