Marlon Samuels, who is not a member of WIPA, has also not retained legal counsel.

Initial talks to resolve the latest spat between the West Indies players, their union WIPA, and the West Indies Cricket Board (WICB), have been described as “cordial, positive and fruitful”. The three parties sat down in an emergency meeting Sunday night in Kingston to begin thrashing out the matter that led players to abandon the ODI tour of India two weeks ago, and also scupper the subsequent three-Test series, reports CMC.

“The meeting was cordial, positive and fruitful, and discussions will continue in an effort to find a way forward following the premature end of the tour of India,” said a joint statement released by the WICB Monday.

Prominent Barbadian QC Ralph Thorne represented the players, along with Chris Gayle, Sunil Narine and Lendl Simmons. Marlon Samuels, who is not a member of WIPA, has also not retained legal counsel. All-rounders Andre Russell and Jason Holder were present.

The talks represent the first move to resolve the impasse stemming from the players’ anger over the terms and conditions of the Collective Bargaining Agreement, signed recently between the WICB and WIPA. Players have argued it results in a drastic reduction in their earnings and have called for a return to the old CBA. They have also called for Hinds’ resignation and wrote to inform the WICB that WIPA no longer had the authority to act as their bargaining agent.

The India tour was abandoned after the fourth ODI in Dharamsala, with a fifth match in Kolkata and a single Twenty20 in Cuttack remaining. The Test series was scheduled to start Oct 30. 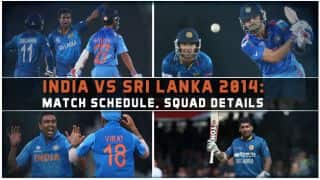