St. John’s: The West Indies Cricket Board (WICB) has announced that Englishman Johnny Grave would take up the position of chief executive officer from February in the hope of expanding its commercial footprint, improve its management, and develop a better relationship with players. Grave replaces Michael Muirhead in the post, following the Jamaican’s decision to step down last October, and was appointed following what the regional governing body described as “a rigorous recruitment process,” reports CMC.”I am delighted to have been given the honour of becoming the new CEO of the WICB,” Grave said in a release.

“I am genuinely excited by the opportunity of improving cricket at all levels within the region, and I am looking forward to working with the many stakeholders who are committed to the long-term development of West Indies cricket.”Grave is currently employed with the Professional Cricketers’ Association (PCA) in the United Kingdom, where he spent the last nine years as commercial director, and has also held several senior leadership roles at English county side Surrey.”Johnny has a proven track record of success in his career to date, and a huge amount of relevant experience, and will add exceptional value to the organisation,” WICB President Dave Cameron said.

“Johnny was the unanimous choice of the interview panel and clearly shares our vision for the future of West Indies Cricket.”

The WICB said the top priorities for the new CEO would be the management and oversight of its $40 million budget, the creation of new commercial opportunities, helping to drive revenue into the whole game, along with an increased focus on player relations and improved performances on and off the field. 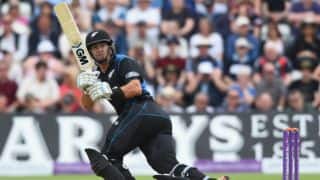 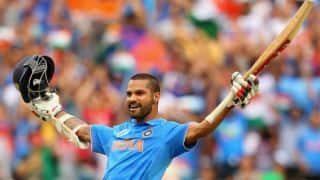 Why are ODIs Shikhar Dhawan’s arena?