Trinidad and Tobago’s Prime Minister Keith Rowley still wishes that Board of Control for Cricket in India (BCCI) had pressed its $42 million claim for damages thus resulting in the bankruptcy of the West Indies Cricket Board (WICB).

Port of Spain: Trinidad and Tobago’s Prime Minister Keith Rowley still wishes that Board of Control for Cricket in India (BCCI) had pressed its $42 million claim for damages thus resulting in the bankruptcy of the West Indies Cricket Board (WICB). Rowley said that in light of the board’s continued opposition to governance reform, bankruptcy would have forced the collapse of the institution and hopefully resulted in the birth of a new structure, reports CMC. FULL CRICKET SCORECARD: England vs West Indies, T20 World Cup 2016, Match 15 at Mumbai

“I have said publicly before that I had become very excited when the management – the current board – had taken action that could have led to the bankruptcy of the board,” Rowley said on Wednesday. “Because when they incurred that $42 million charge in India, I was hoping that the Indian board would press for their money and would have bankrupted West Indies cricket and we would have come out of that with a new arrangement, given the recalcitrance and the bombast that comes from the West Indies Cricket Board now,” he added.

“It appears as though the board that had incurred that situation, they have gone and made some kind of arrangement – we don’t know the details of that yet – but they have made some arrangement to deal with that debt,” he added. “I’m sure it will be at the expense of West Indies cricket, and that perpetuates their (WICB) survival. I was hoping that didn’t happen.” ALSO READ: Chris Gayle: Irresistible force for West Indies in T20 World Cup 2016

The West Indies walked off the one-day tour of India in October 2014, after failing to solve a contracts dispute with the WICB and players’ union, the West Indies Players’ Association (WIPA). Their action also led to the Test series being called off. The BCCI promptly blamed the WICB for the debacle and demanded the WICB pay the multi-million dollar claim or face court action.

Regional nation grouping, the Caribbean Community (CARICOM), intervened in the matter in an attempt to defuse the crisis. Following recent meetings between the WICB and the BCCI, India are now expected to tour the Caribbean this year, a move that is designed to compensate for the losses of the 2014 series. Rowley said despite the India crisis and the recent CARICOM-commissioned governance review, it was clear the WICB had no intention of engaging reform. “The last decision was, we had this committee (Governance Review Committee), and the committee was made up of persons put there by CARICOM and the board (WICB), and when the committee reported the board has now said, we’re disregarding that,” Rowley said.

“CARICOM has said we’re standing by the recommendations of the committee. That’s where it is at.”

He added: “I’ll tell you one thing: What happens next is nothing has changed and the board has reiterated its position it will not cooperate with the region’s managing structure.”

The review committee recommended the “immediate dissolution” of the WICB 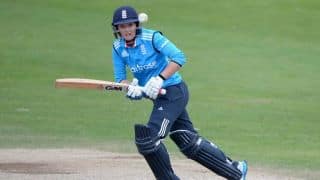 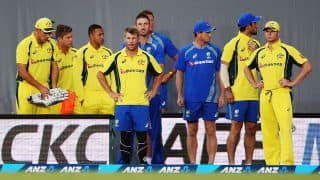 ICC T20 World Cup: Australia look to get off the mark against in-form New Zealand