West Indies selectors are yet to release the names of players on the ODI squad to play Sri Lanka next month.

Port-of-Spain (Trinidad): West Indies Cricket Board (WICB) President Dave Cameron has sidestepped the controversial absence of Dwayne Bravo and Kieron Pollard from the team’s One-Day International (ODI) squad ahead of the tour of Sri Lanka. Cameron stayed clear of attempting to explain why the door has been closed on the Trinidad and Tobago (T&T) pair during the WICB’s final Town Hall meeting, reports CMC. The WICB President has however been quoted as telling the meeting that the decision to choose players was the responsibility of the selectors, without elaborating. “It is sad to see the players giving up an opportunity to have a body represent them,” Cameron said on Monday. “This does not mean that those who I am hearing left, cannot speak to the board.”

On Friday, West Indies head coach Phil Simmons lashed out at what he termed “too much interference from outside”, as he explained the continued absence of Bravo and Pollard from the ODI side. On Sunday, Grenada’s Prime Minister Keith Mitchell described Simmons comments as “disturbing” and joined with him in condemning “any act that undermined his leadership and the discretion of the Board of Selectors to field the best team.”

Bravo and Pollard have been overlooked since the West Indies tour of South Africa with critics claiming that they are being punished for their roles in the aborted tour of India last October. West Indies selectors are yet to release the names of players on the ODI squad to play Sri Lanka next month. 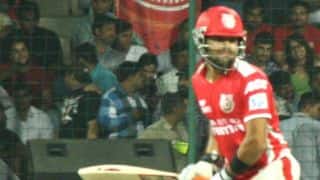