On Monday, providing a sneak peek into Dhoni's collection of bikes was wife his wife Sakshi.

Sakshi posted some pictures on her Instagram story, where you could see several of Dhoni’s bikes parked in Dhoni famous farm house in Ring Road, Ranchi. As for the view, it is any automobile aficionado’s dream.

“Even bikes have a view,” read the caption on Sakshi’s posts.

The Ferrari 599 GTO, Hummer H2, the GMC Sierra are some of the four-wheelers Dhoni owns. As for the two-wheelers, Dhoni has some great additions like Kawasaki Ninja H2, Confederate Hellcat, BSA, Suzuki Hayabusa and a Norton Vintage beside several other bikes.

This isn’t the first time Sakshi has shared her husband’s fondness towards two-wheelers. Back in 2018, she had shared a picture of MSD’s massive bike museum which was an absolute visual treat. The previous post was an Insta story too with the caption – “This boy really loves his toys”

Dhoni’s first bike was a Yamaha Rajdoot, and the World Cup winning captain had posted its picture on social media for the first time in 2013. Dhoni is also inclined towards getting his bikes modified. He has a convertible Norton and reports have suggested it was altered by one of his friends. 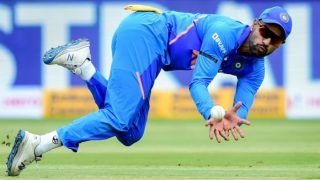 IND vs NZ: Shikhar Dhawan Ruled Out of New Zealand Tour After Injuring His Shoulder During Australia ODIs 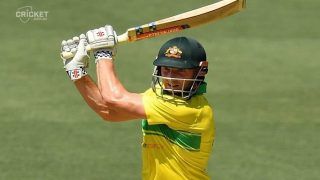