Will continue to resolve issues with Gayle: WICB

Will continue to resolve issues with Gayle: WICB

The West Indies Cricket Board will continue efforts to resolve its long-standing feud with rebel batsman Chris Gayle but has decided to snap contact with Players' Association chief Dinanath Ramnarine. 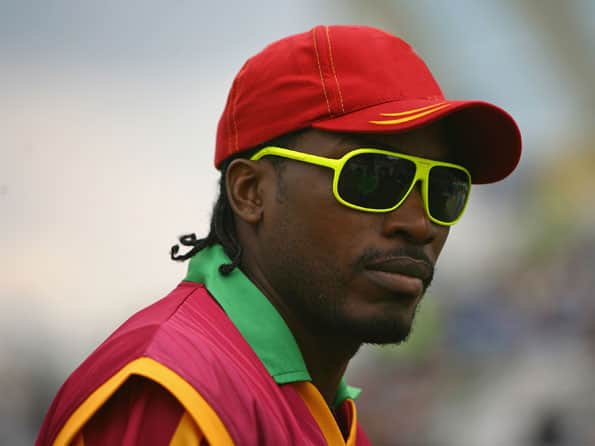 The West Indies Cricket Board will continue efforts to resolve its long-standing feud with rebel batsman Chris Gayle but has decided to snap contact with Players’ Association chief Dinanath Ramnarine.

“WICB Management reported to the Board that the attempts to discuss and resolve issues with Chris Gayle (as it pertains to his behaviour over the past months) ended inconclusively. The WICB Management will continue efforts to resolve the issues with Mr Gayle,” the WICB said in a statement after a meeting on Sunday.

Gayle, who was dropped from the team after criticising the Board for not helping him enough during injury problems, and the WICB management failed to reach any agreement in the reconciliation meeting last week.

In fact, it turned out to be a stormy affair in which Ramnarine almost came to blows with WICB chief Ernest Hilaire.

Miffed with his behaviour, the WICB said it would communicate with Ramnarine only when he changes his behaviour and conduct.

“The WICB will continue to treat WIPA, the representative body of the players, with the highest degree of respect and as a principal partner in West Indies cricket and will continue to engage WIPA on matters pertaining to West Indian players.

“However, given Mr. Dinanath Ramnarine’s threatening action towards the WICB Chief Executive Officer and the unprofessional conduct of Mr. Ramnarine during a recent meeting on June 14 2011, the Board will no longer engage with Mr. Ramnarine on any issue unless there is a change in his behaviour and conduct,” the WICB stated.

“It is the Board’s stated view that Mr. Ramnarine has not demonstrated any willingness to constructively dialogue with the WICB in the best interest of West Indies cricket,” it added.

In other decisions take at yesterday’s meeting, the WICB said the differences with senior batsman Shivnarine Chanderpaul have been resolved while the disciplinary issues with Suleiman Benn would be sorted out soon.

“WICB Management met with Mr. Shivnarine Chanderpaul on Saturday June 18th in what was a fruitful and productive meeting regarding his future involvement in West Indies cricket,” it said.

“WICB Management will continue to engage Mr. Sulieman Benn in an attempt to resolve issues relating to his discipline and behaviour,” it added.

It will be a good competition for our batsmen: Dhoni

I will create a cocky bowling side: Donald