The Capitals lose the players for "two games or for two weeks".

Amid all the speculation, will the South African stars be allowed to come to India for the upcoming season of the Indian Premier League? That is something that the franchises are in talks with the Board of Control of Cricket in India (BCCI). Most sides, especially Delhi Capitals are seeking clarity on the subject from the BCCI as they have South African pacers Kagiso Rabada and Anrich Nortje in their side.

As per reports in Cricbuzz, the Delhi franchise have officially taken up the matter with the BCCI. The Capitals lose the players for “two games or for two weeks” but the exact duration will depend on the venue and the quarantine requirement for the South African players. Meanwhile, according to the same report, BCCI has assured the Capitals that it will speak with Cricket South Africa (CSA) in this regard.

Both Rabada and Nortje were key members of the side last season as the Capitals made it to the final for the first-time ever. While Rabada picked up 30 wickets from 17 matches, Nortje took 22 wickets in 16 games. The two SA pacers rattled the top-order of the opposition on most occasions last year during the IPL. Rabada ended up with the Purple Cap as the Capitals went onto lose the summit clash against Mumbai Indians.

In all probability, Delhi is going to miss their frontline pacers in the first few games of the season as they will be playing a seven-match series – three ODIs and four T20Is – is scheduled between April 2 and 16, while the IPL is tentatively scheduled to start around that time – April 11. Their absence is bound to hurt the Capitals as they would be eyeing to get their campaign off to a good start.

Other franchises like CSK and RCB could also face similar problems as they have South African stars in their ranks as well. 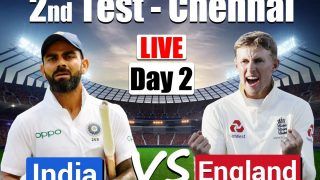