Will Pucovksi was hyped up to make a debut in the first Sri Lanka Test but was usurped by another rookie.

Australia batting prodigy Will Pucovski has dismissed any notion regarding his mental health issues emerging post his omission from the playing XI for the two-Test series against Sri Lanka.

Pucovksi was hyped up to make a debut in the first Sri Lanka Test but was usurped by another rookie Kurtis Patterson who was selected post his twin centuries against the same opposition in a tour game.

Following that, Pucovski was released from the Australia Test squad citing mental health issues which led to widespread speculations whether it had anything to do with him being snubbed for the Test spot.

“I don t think it (the challenges he faced in Canberra) was anything to do with that,” Pucovski told Cricket.com.au. “A lot of people messaged me afterwards (in Brisbane), as if I’d be really shattered. To a degree, I was sitting there like ‘I’m 20 years old, I’m in the Test squad there’s a lot worse situations to be in’. Obviously it would have been amazing to play, but I was kind of just relieved to find out either way, to be honest.”

Pucovski was recently won the Bradman Young Male Cricketer of the Year at the Australian Cricket Awards in Melbourne. He’s now gearing up to return to the field through Sheffield Shield from February 23. Before that, he will play for Melbourne against Camberwell in club cricket on Saturday.

Despite what transpired around his maiden foray with the Australian Test squad, the 21-year-old has nothing but positive memories from the experience, something that he’ll treasure forever.

“Absolutely, no doubt about that whatsoever. It was two weeks that any young kid would dream of. To get called up for your first Test squad is something pretty special, and all young cricketers in Australia dream of representing their country,” he said.

He continued, “Obviously I didn t get the opportunity to debut, but that two weeks was an unbelievable experience and something that I’m very glad I had the opportunity to do. The group of blokes that are representing Australia at the moment were absolutely incredible in welcoming me into their brotherhood, and making me feel welcome when I was just sort of the young kid that had been plucked out of nowhere. It was just one of those things that I knew, whether I played or not, it was going to be an experience that you treasure forever.

Having made ‘huge strides’, the Victorian is now looking forward to playing in the Sheffield Shield. “So it probably wasn’t as big a deal as what was made of it. Coming home early (during the second Test in Canberra) was more a personal thing, but I’m really excited to play the remainder of the Shield season with Victoria. I’ve made huge strides in that department, in life, over the last few months,” he said. 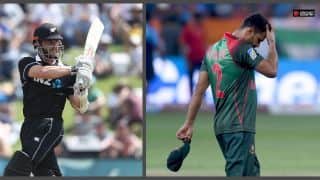 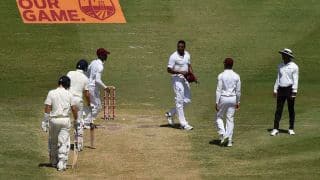