Winning Ranji is one of my biggest goals: S Badrinath

Winning Ranji is one of my biggest goals: S Badrinath

Former India A skipper Subramaniam Badrinath hopes to win the Ranji trophy next year. He is also dissatisfied with his own performance. From six matches, he scored 292 runs at an average of 36.50. 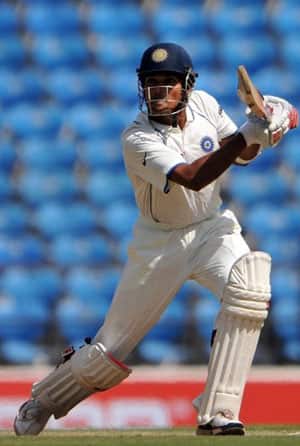 Tamil Nadu batsman Subramaniam Badrinath expressed on Friday that he wants to win the Ranji trophy for his side in the next season. Badrinath, who had a poor run with the bat scoring 292 runs from six matches at an average of 36.50, said he is dissatisfied with his performance.

“Winning the Ranji is one of my biggest goals, a dream that has been on for a long long time. I am disappointed but I am sure we will come back stronger next year. This team has worked hard and I sincerely feel we deserve the title,” Badrinath was quoted as saying Deccan Chronicle.

Badrinath was injured during the Challenger Trophy due to which he had to miss the first three games for Tamil Nadu.

The 30-year-old right-handed batsman, who has played two Test matches for India, is determined to make a comeback at the international level.

“It all depends on my fitness and the hunger I maintain. I want to be part of the Indian side and play Test cricket. I don t think age can be a criterion. As long as I keep performing I should stand a chance of making it again,” Badrinath said confidently.

Badrinath failed to impress the selectors on India’s West Indies tour in 2011, as he struggled against the rising deliveries in the ODI series, and subsequently he was not given a chance in the three match series.