Winston Davis, a fast bowler, too wasn t the most fortunate man. A tree branch falling over his neck 2 decades ago while helping to build a church at St Vincent caused him paralysis.

The responsibilities of a journalist do not end with the power of pen. It extends beyond. Indian Express displayed one such example as one of their reporters managed to unearth Patrick Patterson. Yes, it s a name who terrorised batsmen in the 1980s and early 1990s. Constant pursuit by Bharat Sundaresan resulted in him finding the Caribbean pacer, but it took him 3 tours to those islands. There was no trace of Patterson and he was thought to be lost. One man who is immensely pleased with Patterson is his former colleague Winston Davis. ALSO READ: Patrick Patterson has finally been found

Davis, a fast bowler, wasn t the most fortunate man. A tree branch falling over his neck 2 decades ago while helping to build a church at St Vincent caused him paralysis. Still paralysed neck-down, the 59-year-old is confined to a wheelchair. In an interview with mid-day, Davis told, I m really happy to read that Patto seems fine and in good health. Of course, there were rumours flying around (of being lost and put into an asylum), but it’s good to see that someone took the trouble to inquire about him and eventually meet him. I didn t think about anything. I had my own crisis to deal with. I hope Patto is accorded the respect he got while he was playing for the West Indies and that he enjoys the rest of his life.

Davis played in a wrong era. An era where West Indies side were infested with quality pacers, but the fast bowler still managed to play 50 internationals for West Indies with 15 of them being Tests. He is best remembered for his 7 for 51 against Australia in the 1983 World Cup and it was only his second ODI.

Davis spoke highly about the Jamaican sensation Patterson and called him one of the best fast bowlers .

Patto was one of the best fast bowlers produced by the West Indies. Lots of people make too much about pace. Well, it’s advantageous to have genuine pace, but if sighted early, you can negate pace. Patto had pace and could be deadly on his day on fast pitches, added Davis.

Though Patterson came out in the open, there were excerpts from the interview, which stated his mind was not in the right shape. 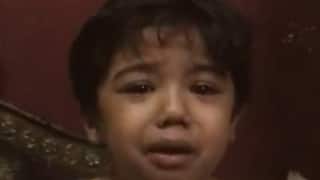 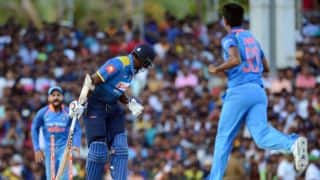