The 40-year-old was controversially dropped from the Test side to face Australia next week.

Kingston (Jamaica): West Indies Players’ Association (WIPA) has slammed Shivnarine Chanderpaul’s sacking as “untidy and distasteful” and says it will continue to engage the West Indies Cricket Board (WICB) on the matter with the hope of finding an “amicable solution.”

The 40-year-old was controversially dropped from the Test side to face Australia next week with selectors and head coach Phil Simmons citing the player’s “rapid decline” in form as the reason. However, WIPA said Chanderpaul’s treatment was disturbing, taking into consideration 22 years of service the player had given to West Indies cricket, reports CMC.

“The WIPA acknowledges and accepts that the purview of selecting the West Indies cricket team lies solely and independently with the selection panel led by chairman Clive Lloyd. However, we are very disappointed in the manner which Mr Chanderpaul was treated,” WIPA president and chief executive Wavell Hinds said.

“WIPA believes the process of omitting Mr Chanderpaul was untidy and distasteful. We will continue to have dialogue with the WICB with the hope to bring an amicable solution in the best interests of Shivnarine Chanderpaul and West Indies cricket.”

WIPA underscored Chanderpaul’s illustrious career, pointing out his 164-Test career, 11,867 runs and excellent average of 51, with 30 hundreds. “At present he is our highest ICC ranked Test batsman and a man who has on numerous occasions held the West Indies batting innings together.”

Australia are set to play two Tests, the first at Windsor Park in Dominica starting next Wednesday, while the second is carded for Sabina Park in Jamaica, bowling off on June 11. 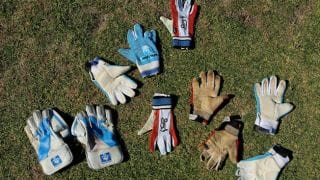 Nepal cricketers to be hosted by HPCA following earthquake 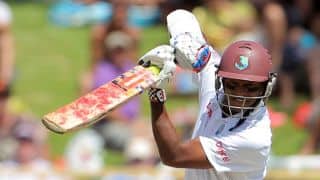