It started as a the work of a former cricketer looking to secure an income in his retirement and was priced at a modest one shilling. 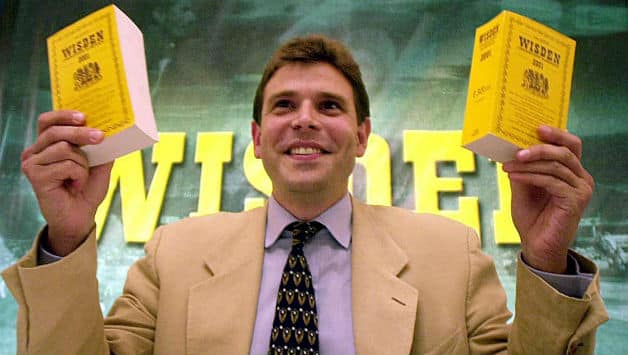 The first edition was a 112-page work, in contrast to the some 1,500 pages needed to encompass the modern game © AFP (File Pic)

It started as a the work of a former cricketer looking to secure an income in his retirement and was priced at a modest one shilling.

By contrast, Wednesday saw the publication of the 150th edition of Wisden Cricketers’ Almanack, with the hardback edition a somewhat more expensive £50 ($76, 59 euros).

In the intervening years the publication founded by John Wisden — an English professional bowler known for his “fast and ripping off-cutters” — has established itself as the “bible of cricket”.

Published every year since 1864 — not even two world wars interrupted the unbroken sequence — the appearance of the annual, primarily a review of the previous year’s English cricket season but now encompassing the global cricket calendar, has become a landmark event among the game’s enthusiasts.

That first edition was a 112-page work, in contrast to the some 1,500 pages needed to encompass the modern game, and included such random details as the lengths of Britain’s canals.

Also there were the dates of the Wars of the Roses — a series of dynastic wars fought for the English crown in the 15th century — and the rules of an ancient pub game called Knur and Spell.

But over time features that have become staples made their first appearance, with 1889 marking the debut of the Almanack’s Cricketers of the Year — a highly prized award which a player can win only once in their career.

Recipients have ranged from giants of the game in the 19th and early 20th centuries such as WG Grace and Jack Hobbs to modern-day greats from Viv Richards and Ian Botham to current England skipper Alastair Cook and Indian legend Sachin Tendulkar.

“It was an honour to be named one of the Wisden Cricketers of the Year in 1993 because you feel like you are being recognised by one of the game’s great institutions,” former England captain Alec Stewart told the BBC.

The reference work’s familiar yellow cover made its debut with the 1938 edition, as did the woodcut image by artist Eric Ravilious of two Victorian-era gentlemen playing cricket, which has since become Wisden’s emblem.

Having outlived some early rivals, Wisden established a pre-eminent place in cricket publishing.

But in an age when cricket statistics and comment are just a mouse-click away and the Internet provides a constantly updated supply of information, how will Wisden, having reached a well-known cricketing landmark “score” of 150, press on to its double century?

“In an age of tweeting and blogging, which are both important nowadays, we try to make a virtue of the fact that we can step back and take a considered view,” current editor Lawrence Booth told the BBC.

“The fact that people still buy Wisden suggests there is still an affection for that approach. Until people stop buying it we will carry on doing it.”