With no other options left, JKCA forced to put advertisements on local TV channels to ask players to atten

20 players from the team have been asked to attend the camp.

The Jammu and Kashmir Cricket Association (JKCA) will be airing advertisements on local television channels to reach out to their players due to the volatile situation in the city ever since the government decided to abrogate Article 370.

According to a report in Sportstar on Tuesday, the advertisements will be aired from Tuesday. The association have asked their players from Srinagar and other districts to assemble in Jammu on August 31 for a preparatory camp ahead of the domestic season.

Due to the ongoing situation in the Kashmir Valley, the JKCA were unable to send any of their players for the Vizzy Trophy last week and don’t want to face another situation when the domestic season gets underway on September 24.

Even though the mobile networks are unavailable, some of the television channels are operational. So, we thought this was the best way to communicate to the players, Bukhari was quoted as saying in the report.

With the domestic season approaching, there was nothing else we could have done to reach out to the players. At least, if we put out advertisements on television, they will be aware of a camp, Bukhari said.

ALSO READ: Mithun Manhas thanks Indian Army for taking care of his grandparents in Jammu

20 players from the team have been asked to attend the camp. Among the players whom the association have been unable to connect are captain Parvez Rasool, who live in Srinagar, but has been incommunicado for more than two weeks now.

Now that the advertisements are being aired on television, we hope to get a positive response, Pathan, who has mentored the team for two seasons now, said.

Pathan also revealed that the practice venue will be decided once players arrive and only after the situation is assessed. In Jammu, the grounds are usually ready by November, so for now, we will have to look for a different option. We will also speak to BCCI on the matter, Pathan said. 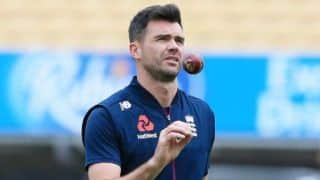