There is a seven point agenda for the meeting and topmost is to "take note of men/women players' contracts.

New Delhi: The BCCI’s Finance Committee will meet in the capital on September 14 to discuss increase in the central contract money and match fees of women cricketers as well as all other domestic cricketers under the Board. There is a seven point agenda for the meeting and topmost is to “take note of men/women players’ contracts (increase in retainership/match fees/tour fees)”. The meeting will be chaired by senior Congress politician Jyotiraditya Scindia, who is the head of finance committee. A senior BCCI official on conditions of anonymity told PTI: “Women’s cricket has been one of the topmost priority for COA member Diana Edulji. Obviously, there could be some headway into how much money we can increase in central contract of the women players as well as whether we can widen the pool.”

The last in the seven-point agenda is to discuss the increased compensation for domestic players/players remuneration structure.”We have to work around the 13 percent share factoring in the revenue that will be earned from the broadcasting rights for India’s international matches (domestic and abroad). Obviously, there will be a decent hike,” the official said. Another point will be the inclusion of new players in the central contract of BCCI. Also, the status of Gross Revenue Share (GRS) paid to players (international and domestic) will come up for discussion.

The committee will also take note of additions/deletions to the list of beneficiaries of the Gratis Scheme of BCCI.

There will also be a discussion on distribution of money received for the ICC Test ranking award as well as the BCCI cash reward, besides taking note of the cash amount paid to differently-abled players. 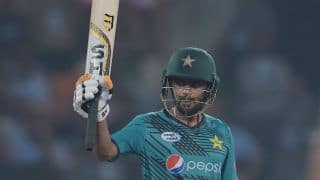