The first ODI will take place on Sunday at the Allan Border Field in Brisbane.

While the talks and debates regarding the men s Ashes are still doing the rounds, the Australia and England women are set to compete for three-match ODI series and a day-night Test from October 22. The first ODI will take place on Sunday at the Allan Border Field in Brisbane.

Australia s hopes were dashed when Meg Lanning was ruled out for the entire summer due to broken shoulder. However, Rachel Haynes is all set to lead the pack of young girls.

Australia came good in the practice match. Their middle-order batter Elyse Villani was in top-form bringing up a century in the final practice match. Villani had also cracked 139 for Western Australian against South Australia in Women’s National Cricket League (WNCL) last week.

Ahead of the big clash, Villani has issued a warning to her opponents, as she would be maintaining her fearless approach in the Ashes as seen in the recently concluded World Cup.

It always has to be in my mindset. If I think any differently I get myself into some strife. I like to bat attackingly. I know it’s not going to come off every time but I also know that it’s my role within the team, Villani told cricket.com.au.

With Lanning not in the side and six debutants added to the squad, the Australian think-tank would want to bring an all-rounder to the side. In that case, Villani might move up the batting line-up.

However, the all-rounder is up for any challenge coming her way, I’ve opened a lot in my career to date (15 innings for Australia) and bat No.3 with the Western Fury, so the new ball I’m used to it in some aspects. However, wearing a different uniform today and opening I had a good time. I feel mentally ready and I feel prepared and I guess that’s all you can be, added Villani. 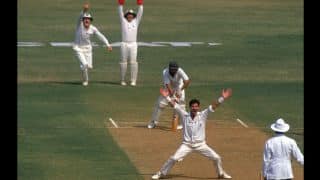 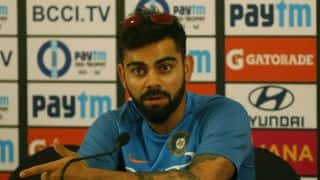