Meg Lanning‘s unbeaten 133 off 63 balls is the highest individual score in Women’s T2oIs, Australia’s 226/3 is the biggest total ever put up and their 93-run win over England is a record margin. And also the biggest margin of defeat for the losing team.

This win has put Australia up 10-2 in the Women’s Ashes, after they drew the one-off Test in Taunton last week to retain the series.

England’s decision to bowl proved the wrong call, as Australia skipper Lanning and Beth Mooney add 134 after Alyssa Healy’s exit in the opening over. Mooney made 53 from 33 balls, by which time Lanning had sped to 80 from 40. She duly collected her century off 51 balls, thus becoming the third woman to score three T2oI centuries.

Not done, Lanning surpassed Netherlands’ Sterre Kallis’ scores of 126 not out for the highest individual score in Women’s T2oIs. She finished on 133, having hit 17 fours and seven sixes in a record total. 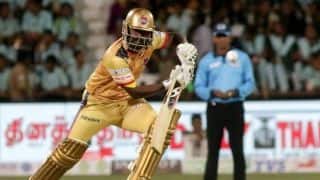