The Rebel Women s Big Bash League (BBL) opening weekend concluded in Sydney on Sunday, with the weekend proving to be a hit among fans.

The Rebel Women s Big Bash League (BBL) opening weekend concluded in Sydney on Sunday, with the weekend proving to be a hit among fans. Following on from the successful launch of the competition in 2015t across the weekend. More than 6000 fans turned out to North Sydney Oval to witness the world s best Twenty20 players across the two days, as well as to enjoy the family friendly entertainment and electric atmosphere that only the Big Bash can deliver. Crowds were treated to six high quality, high energy matches on the field while off the field families enjoyed plenty of other activities in the specially created kid s activation zone.

The Rebel WBBL opening weekend also proved to be popular with television audiences around the country with plenty of people tuning in to the four matches broadcast live on Network s Ten s primary channel. The prime time match between the Sydney Thunder and Melbourne Stars attracted an average national audience of 379,000 viewers, peaking at 637,000 during the second session. The second session average audience of 432,000 represented a 67% increase on the season average for Rebel WBBL|01.

The opening weekend of the Rebel WBBL was supported by an unprecedented level of promotion by Cricket Australia, the Big Bash clubs and Network Ten in a further sign of the ongoing commitment to women s cricket and Cricket Australia s leadership role in promoting women s sport. Head of Big Bash League, Anthony Everard said: It was fantastic to start the second season of the WBBL in such positive fashion, with thousands of fans coming to watch the great matches at North Sydney Oval and many more across the country tuning in to Network Ten s wonderful broadcast as well our own live stream.

It was also particularly pleasing to see the number of young girls in attendance over the weekend, showing the WBBL is achieving its goal of providing women and girls with a visible example of how they can participate in cricket both as players and fans and giving us great hope for the rest of WBBL|02.

Given the success of the WBBL opening weekend, we are looking forward to it becoming a permanent fixture on the cricketing calendar and one of the highlights of the summer. Network Ten s Dave Barham said: It has been great to partner with Cricket Australia on the opening weekend of the WBBL and the response we ve seen in terms of ratings gives us great hope for the remainder of the competition.

The Rebel WBBL|02 is comprised of 59 matches in 50 days, including 14 double-headers with the KFC Big Bash League, including the semi-finals and final. For more information about the Rebel WBBL, visit bigbash.com.au. 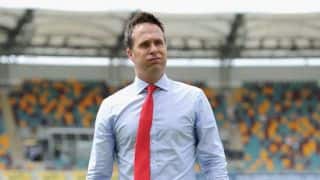