The ICC Chief Executives' Committee on Wednesday decided that the Woolf report, which proposed changes in the governance structure of the world body but rejected by the BCCI, would require detailed study by Member Boards first before any discussion on it. 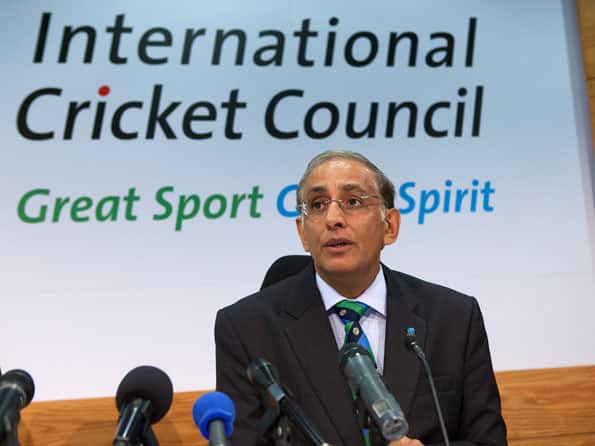 The ICC Chief Executives’ Committee on Wednesday decided that the Woolf report, which proposed changes in the governance structure of the world body but rejected by the BCCI, would require detailed study by Member Boards first before any discussion on it.

The CEC, in its two-day meeting here, received a presentation on the independent Woolf report on governance review so as to allow a better understanding or to seek clarification or explanations of any proposals contained in the report.

“The CEC noted that Member Boards and the ICC Board of Directors in particular will need to consider the recommendations in detail, a number of which were already work in progress,” an ICC release issued at the end of the two-day meeting said.

The CEC recommended the ICC Board to grant “a special dispensation” to allow non-neutral match officials to participate in the matches in the proposed Bangladesh tour of Pakistan in view of the security issues.

“The CEC recognised that the ICC Board had determined that a decision as to whether a particular tour should take place or not is one for the participating countries and the ICC’s role was limited to considering the safety and security of the match officials after a tour had been confirmed and a security plan produced,” the release said.

“The CEC noted in the event of participating countries deciding that the tour should proceed and the ICC determining that it was unsafe to appoint match officials to the tour, a special dispensation to depart from the Standard Playing Conditions to allow non-neutral match officials to participate in the matches would be required from the ICC Board.

“While acknowledging that granting of such dispensation must involve a wide range of important considerations, the CEC agreed to recommend to the ICC Board that, from a cricket perspective only, the granting of the special dispensation would be justified,” it further said.

“Bearing in mind that safety and security is the sole responsibility of individual Member Board’s for bilateral matches, the CEC regarded this as an exceptional circumstance in which the appointment to matches of non-neutral match officials could be justified but stated clearly that it should not to be regarded as a preferred option or precedent if the dispensation were to be granted,” ICC Chief Executive Haroon Lorgat said.

The CEC held a strategic discussion on Twenty20 cricket and agreed to recommend to the ICC Board to allow three additional Twenty20 Internationals in the year in which the ICC World Twenty20 is being played.

The current regulations permit a maximum of 12 T20Is for each Full Member in any one year.

The new proposals would allow teams the opportunity to prepare for the ICC World Twenty20.

The CEC also recommended the ICC Board that the next ICC World Twenty20 tournament in 2014 in Bangladesh should be increased to 16 men’s teams.

The CEC discussed cricket’s participation in multi-sport games and decided to further explore an invitation for cricket to take part in the Commonwealth Games to be held on the Gold Coast in Australia in April 2018.

The CEC also supported the key initiative in the ICC strategy to independently evaluate the pros and cons of participating in the Olympic Games.

“A preliminary high level evaluation is expected to be presented at the next CEC meeting,” said Lorgat.

The CEC confirmed that the existing ICC Test and ODI ranking systems are fit for purpose and recommended to the ICC Board that they be retained to determine qualification to ICC events and for promotion and relegation purposes in due course.

The CEC also recommended the new Future Tours Programme (FTP) agreement and a revised Anti-Racism Policy to the ICC Board for approval.

The CEC were pleased to note a marked improvement in the quality of pitches that has led to a much better battle between bat and ball in Test match cricket.

In order to share experiences and to seek continuous improvement, the ICC will host a workshop for curators in Dubai on 11 and 12 April 2012, covering a wide range of issues in pitch preparation.

The CEC also acknowledged the improvement in over-rates and gave credit to the umpires for their positive interpretation of bad light and weather regulations, which has led to more cricket being enjoyed by spectators.

The CEC has reappointed Ravi Shastri for a second three-year term as the media representative and has appointed David White, the CEO of New Zealand Cricket, to replace Justin Vaughan as the CEC representative on the ICC Cricket Committee.

The ICC Board will consider nominations for the role of chairman of the committee as Clive Lloyd’s term has expired. (PTI)