Ahead of the third and final ODI, Law said: “As I said to them before they left (the ground) and I mentioned it, words are cheap, we’ve got to see actions now. There’s so much talent in this squad of people. I don’t think what we saw in the first two games is a fair indication of how well these guys can play.”

“People talk about poor execution, but if it’s the same dismissal over and over again it rivals lunacy. The batters know they made mistakes and we’re far better than what we showed. Hitting balls into the wind, it’s not very smart, particularly when we spoke about it leading into the game.

“We were trying to get 300 in 25 overs, when we had 50 overs to get it. Our guys want to be positive and play an attractive brand, but you can’t be reckless with it. You’ve got to be smart in the way you go about it.”

“We need to settle on a group of players to take us forward. The earlier we can come up with those names (for the World Cup qualifier) and come up with a plan for those guys leading up to that tournament (the better).”

“Fingers crossed, he should be right for the next one. I saw him at breakfast and he seemed to have a little bit more life about him. It’s moving in the right direction.” 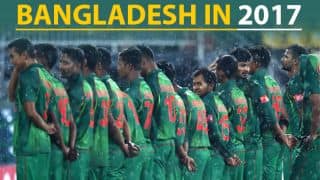 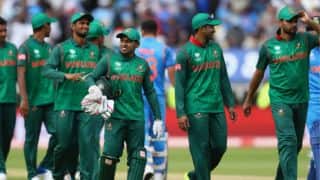