As per selector Gavin Larsen, the World Cup door remains open for the injury-plagued duo provided they are able to prove their fitness and form.

Despite being out of ODI reckoning since 2017, New Zealand allrounder Corey Anderson and fast bowler Adam Milne could be in with a chance for securing a World Cup berth. As per New Zealand selector Gavin Larsen, the World Cup door remains open for the injury-plagued duo provided they are able to prove their fitness and match form.

Anderson last played for New Zealand in June 9 during the Champions Trophy after he underwent a surgery for an injured back, and even though the allrounder was handed a T20I call-up during the tour of the UAE last year, ODI cricket is something he hasn t had a proper shot at since. Likewise, Milne too has had his career hampered by injuries and his last ODI was against India in November 2017. He made an international return during the T20Is against Pakistan before a hamstring injury had him miss the Sri Lanka series.

Larsen pointed out that both are proven match-winners and will be in for consideration despite New Zealand not having many ODIs left before the World Cup.

“They’re proven international cricketers and both are classy players,” Larsen said. “It’s been really disappointing to watch both of them go through a frustrating period with their injuries. It’s been really pleasing to see them both back on the park. We’re monitoring them closely.

“I think a really big point here is, there’s been a lot of chat and hype around the World Cup squad, it’s actually still two months before we officially have to name this squad. So there’s still a bit of water to flow under the bridge.”

Last week, coach Gary Stead had hinted that New Zealand are close to settling on their 15-member squad for the World Cup. With New Zealand to play the final T20I against India, followed by the three ODIs against Bangladesh, chances don t look too bright for Anderson and Milne to present a case, but Larsen feels there is plenty of domestic four-day competition is left, which gives Milne and Anderson their respective opportunities.

New Zealand’s World Cup squad doesn’t officially have to be named until April 23, which gives both players substantial amount of time. Fast bowler Milne returned to action on Saturday for the Central Stags in the final round of the Super Smash Twenty20 competition and will be keen on making the most of the Plunket Shield. Anderson is currently playing for the Northern Districts in the Super Smash League and like Milne, he too has the advantage of playing the Shield tournament.

“From a pure ODI perspective, of course these games [against Bangladesh] are vital, and that’s where we’re honing things down,” Larsen said. “But there’s still a lot of four-day cricket to be played, and it gives opportunities for the likes of the Corey Anderson’s and the Adam Milne’s to really show their wares and put their names forward.

“We don’t want to say that it’s a last throw of the dice, because there’s still a good window of opportunity.” 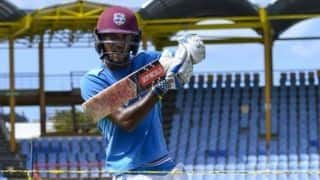 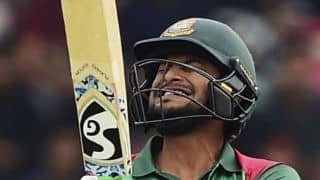