His performance in the ongoing Indian Premier League has impressed one and all but it hurts South African seamer Alfonso Thomas when he finds only one international match (T20 International vs Pakistan in 2007) against his name. 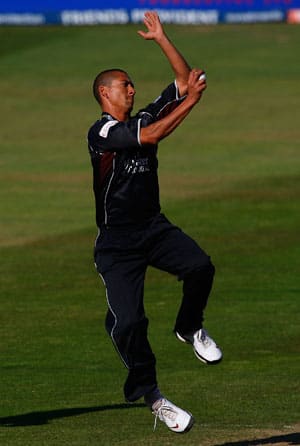 His performance in the ongoing Indian Premier League has impressed one and all but it hurts South African seamer Alfonso Thomas when he finds only one international match (T20 International vs Pakistan in 2007) against his name.

“Obviously, as a young kid you want to play for your country. I think in every cricketer’s life there comes a time when their focus shifts, especially when you get married and have kids. I would have liked to play more international cricket, but things have not worked out the way I liked,” the 34-year-old Thomas told PTI in an interview.

“I’m sure there are other people, not just from South Africa, but from all parts of the world, who have faced it. I have enjoyed my journey and hopefully may continue it for another couple of years,” the seamer added.

Having scalped three for 25 in his only match he played for South Africa, one could gauge a tinge of sadness in Thomas’ voice that he wasn’t given a fair go at the highest level after that.

“I do (regret not playing for South Africa), but it wasn’t up to me to decide whether I wanted to play international cricket. It wasn’t something I could control. One thing you can is your performance and hope to get opportunities, but I got only one opportunity,” was his candid admission.

Ask him about what went wrong, he said,”I know. That’s not the kind of question I can answer. May be you could speak to my (Pune Warriors) colleague Graeme Smith, he can answer it for you.”

“I mean you do (what you can) when you get an opportunity. South Africa has got a lot of talent. During my prime they had lot many bowlers to choose from and they chose to go one way. I’m not someone to make a fuss about it. I am not going to question their decision or demand an explanation because at the end of the day the captain and the coach have their own plans,” he maintained.

The South African said the entry of former India skipper Sourav Ganguly into the Pune Warriors’ squad has lifted the team’s spirits.

“Sourav has got a lot to offer. He has been a fantastic guy to talk to. He is a very professional cricketer and wants to do well. He has lifted our spirits, some one new in the changing room. He is someone guys can talk to. He is giving inputs but not trying to takeover. Its the same with Graeme Smith. Both have lead their countries for a long time,” the fast bowler said.

Thomas, who has taken 122 wickets from 100 T20 matches, said it was important for a bowler to improvise in the shortest version of the game to be successful.

“I think as a bowler you need to improvise. You have to bowl all kinds of deliveries in T20 cricket. Especially in the Powerplays and towards the end you should want to ball. If you have that mentality, half the job is already done. Then its comes to execution. If you shy away away, don’t want to bowl and avoid looking at the captain that’s when things don’t go your way,” he added.