India were living dangerously at 90 for six after 26 overs.

Bangladesh bowlers were looking good to make further inroads in the Indian batting line up. Shakib al Hasan in particular was a menace to the Indian bowlers and he was rewarded with the wicket of Wiriddhiman Saha. India’s wicket-keeper went for a cut short of a straighter delivery and the ball crashed onto the stumps. There was quite a bit of drama at the crease with Shakib falling down in disbelief after umpire Enamul Haque failed to raise his finger.

Earlier, India were in deep trouble against Bangladesh to get shot out for yet another low score as they kept losing wickets at regular intervals and the Bangladesh bowlers were right on top of the batsmen.  Manoj Tiwary was the latest casualty for India in what was the batsman’s comeback game. Tiwary was guilty of fending the ball away from his body and it was a simple catch to Anamul Haque at second slip. 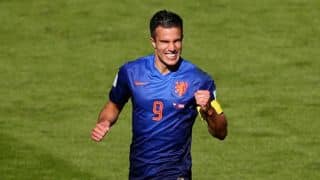 FIFA World Cup 2014: Netherlands not satisfied despite victory against Australia 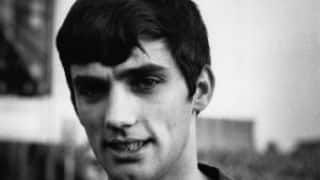