In a series which has been disastrous to say the least, not many expect Wriddhiman Saha to script a success story for India in the final Test against Australia next week but the Bengal youngster might turn out to be a pleasant surprise. 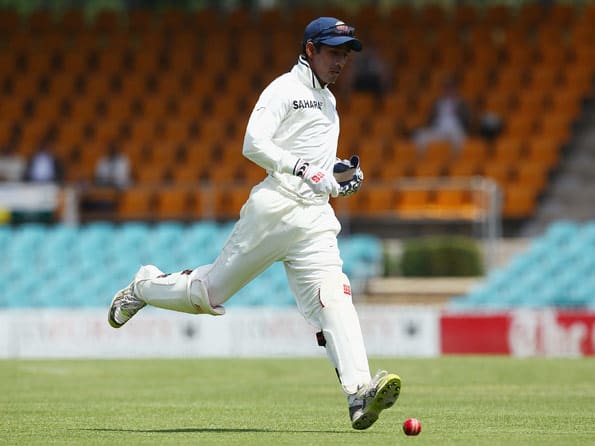 In a series which has been disastrous to say the least, not many expect Wriddhiman Saha to script a success story for India in the final Test against Australia next week but the Bengal youngster might turn out to be a pleasant surprise.

The 27-year-old will be behind the stumps in the Test starting January 24 as regular wicketkeeper and captain Mahendra Singh Dhoni has been slapped with a one-match ban for slow over-rate in the third Test in Perth last week.

The situation perfectly fits with Saha’s profile of stepping in at the moment of vacuum and making the most of a crisis.

The youngster made his first class debut for Bengal against Hyderabad in the 2007 season. The opportunity came his way after regular stumper Deep Dasgupta opted for Indian Cricket League (ICL).

Saha promptly made an immediate impression and cracked a century in his debut first-class match.

The next big moment for Saha came when the South Africans came touring in 2010. Disenchanted with both Dinesh Karthick and Parthiv Patel, the selectors turned towards Saha and drafted him into the squad as a second wicketkeeper-batsman.

When nobody expected him to do anything other than carry drinks on the field, Saha actually made his Test debut. Again, somebody’s loss became his moment of gain.

Rohit Sharma was set to make his debut when a freak injury just before the game gave Saha his break but purely as a batsman. Saha didn’t do too bad, making 36 in one of the innings.

Now Saha is again set to resume his Test career but this time as a proper wicketkeeper-batsman. Again, his opportunity will come at the cost of Rohit Sharma as none of the top-order batsmen are expected to vacate their positions in Adelaide.

Again, lack of expectations could actually work to his advantage.

Saha is not new to Australian conditions. He came with senior batters to Australia in advance before India finished the home series against West Indies in December.

He also did what he could in the only opportunity he had in the two-day game against Cricket Australia Chairman’s XI in Canberra by scoring a composed 23 not out.

From then on, he has been on the sidelines, barely inviting a glance before Dhoni’s ban firmly put him into the spotlight.

Saha is confident for he has toured Australia before and done well too. He came for the Emerging Players’ tournament in 2009 and played a stellar role in India winning the trophy.

Emerging Indians were down at 109 for 5 in the finals against South Africa when Saha combined with his skipper Virat Kohli to stretch the total to 283. While Kohli slammed 104, Saha impressed with his own 74. Indians ended up winners by 17 runs.

In that tournament, the Bengal player averaged 56 from seven matches and effected 14 dismissals, including three stumpings. Saha wants to be the second cricketer from Bengal, after Sourav Ganguly, to spend a considerable time with the Indian team.

“After Sourav Ganguly, several players from Bengal had got a look-in for the Indian team but they could not cement their places. But I intend to perform well to stay there as long as I can,” Saha has said.

Saha’s rise to prominence has also been helped by IPL.

Staying in the shade of the likes of Brendan McCullum and Tatenda Taibu, Saha still emerged the second best keeper from the inaugural IPL.

The cricketer’s form in the next year’s domestic season, kept him firmly in eye. He scored 318 runs from five matches at 39.75. He scored a brilliant 120 against Delhi in Kolkata during the league stage. He also had a role in 15 dismissals.

With averages in the 40s in both first class and List A matches, Saha hasn’t slackened a bit on the present tour. He also has an idea how to bat or keep wickets in Australian conditions.

“As a batsman, you need to give a little extra there. But for a wicketkeeper, the conditions are ideal as the ball comes along nicely.”

Saha took tips from former India captain Sourav Ganguly before coming to Australia. Ganguly will be in the commentator’s box when Saha would take the field in the Adelaide Test.

“He (Sourav) told me to stay focused and concentrate on my style of play. Besides, he has also given me a few cricketing tips,” Saha said. (PTI)

David Warner says Sachin Tendulkar is the only in-form player