Wriddhiman Saha carried his rich vein of form and struck a fantastic 170 to put East Zone in a commanding position against Central Zone at stumps, on the second day of their Duleep Trophy final on Monday. 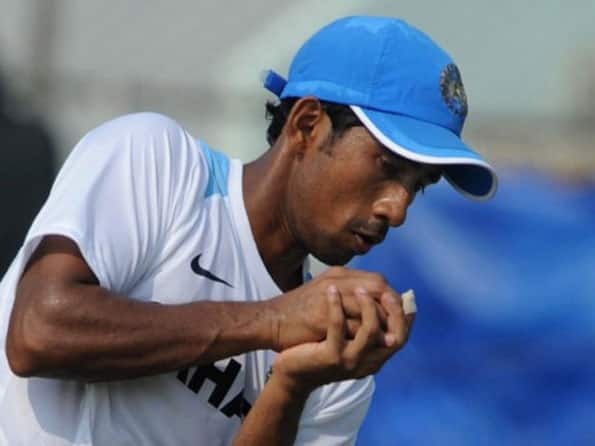 Wriddhiman Saha carried his rich vein of form and struck a fantastic 170 to put East Zone in a commanding position against Central Zone at stumps, on the second day of their Duleep Trophy final on Monday.

In reply to Central’s meagre 133, East Zone scored 370, thereby managing a sizeable lead of 237 runs. Central, in reply, were 48 for no loss in the second innings — still needing 189 runs to avoid innings defeat.

The hero at the Holkar Stadium today was undoubtedly Wriddhiman whose innings was a blend of caution and aggression. His 245-ball knock contained 25 boundaries and a pulled six off leg-spinner Piyush Chawla, which helped him reach the three-figure mark.

Starting the day at 88 for three, East lost Anustup Majumdar (52, 122 balls, 10×4) in the ninth over of the day when he was caught by Parvinder Singh off Sudhindra’s bowling.

However Wriddhiman showed positive intent and found an able ally in skipper Nataraj Behera (46, 90 balls, 8×4) as they added 109 runs for the fifth wicket.

It was Behera who got the lead with a pull shot off Rituraj Singh’s bowling. The kookaburra ball predictably was of little help as it got older quickly, which made it easier for Wriddhiman and Nataraj to play some lovely strokes.

Their cause was also helped as the Central medium pacers started bowling short while their skipper Chawla bowled some rank half-trackers.

Wriddhiman, in particular, played some lovely cover drives. When off-spinner Jalaj Saxena was introduced, he used the paddle sweep to great effect.

Behera was finally dismissed when Chawla bowled him in the last over before lunch. That though didn’t stop Wriddhiman from playing his strokes and his partner, Biplab Samantray (41, 99 balls, 6×4), was also in the mood as he hit a few boundaries.

The Wriddhiman-Samantray duo added 87 runs for the sixth wicket before the second new ball did the trick.

But Ashok Dinda played a nice little cameo — a 16-ball 24 (3×4, 2×6)– which helped East take the lead past 200-run mark before Wriddhiman was finally out when he tried to give Chawla the charge only to be stumped.