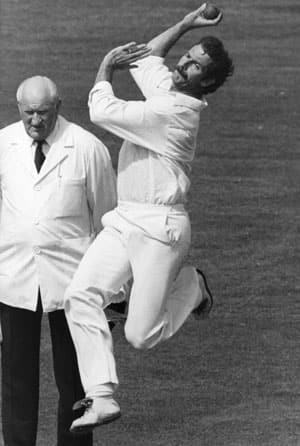 Austin Robertson admits that Lillee was a bully that Channel Nine documentary Howzat! portrayed him to be Getty Images

Robertson feels fans should thank the legendary Australian pacer for creating ODIs and not Kerry Packer, who is believed to be the founding father of limited-overs international cricket.

WSC director admits that Lillee was not the bully he was portrayed to be in the documentary.

“The producers made a nonsense of the way they treated the man really responsible for the whole thing – Dennis Lillee. Dennis was visible enough but he is not given the acknowledgement for having the idea in the first place, and his contribution in putting the entire thing together,” Robertson was quoted as saying by news.com.au.

“Other people have put their hands up for having the brainchild of WSC but I am here to say that, without Lillee, it would never have happened at the time. Though Packer was determined to get the precious television rights, they would never have been delivered at that time without having the best fast bowler in the world in his corner,” he added.

“Curiously, the producers of the show, in the curtain-call of the program, in the segment ‘Where are the main players today,’ Lillee was again overlooked. I had to ask myself, why did they do that? It was Lillee who delivered the players and, while it was great to be playing on the Packer team, without Lillee it would have never got off the ground,” he concluded.