WTC Final 2021: Mohammed Siraj Should Play Ahead of Ishant Sharma as 3rd Pacer in India Playing 11 vs New

Siraj made his debut in the Boxing Day Test against Australia last year and impressed with 13 wickets, the most for India in the Border-Gavaskar series.

The 40-year-old Harbhajan feels Siraj has shown ‘remarkable improvement’ in the past couple of yeas and he should be rewarded with a place in the playing XI in the World Test Championship final. Asked about his preferred team combination for the final, Harbhajan gave his reason why he feels Siraj can pip Ishant for a place in the final XI.

“If I was the captain, I would go with three pure fast bowlers. In that case, Jasprit Bumrah and Mohammed Shami pick themselves. In this final, I would like to go with Mohammed Siraj ahead of Ishant Sharma,” Harbhajan was quoted by PTI on Thursday.

“Ishant is a brilliant bowler but for this game, my choice is Siraj, who has shown remarkable improvement in the last two years.”

Siraj made his debut in the Boxing Day Test against Australia last year at the iconic Melbourne Cricket Ground. He finished the four-match series with 13 wickets, the most for India. The rookie pacer did not play the first game at Adelaide.

For Harbhajan, a player’s current form should always be taken into account and that’s where Siraj, whose five-wicket haul in Brisbane was crucial in India’s series win, should get a look-in.

“You have to look at present scenario. Siraj’s form, pace and confidence makes him a better choice for this final match. The kind of form he is in last six months, he looks like a bowler who is hungry for his chances. Ishant has gone through some injuries of late but has been a great servant of Indian cricket no doubt,” the off-spinner said.

“If you leave some grass on the surface, Siraj with his pace will be lethal. Trust me, New Zealand batters won’t find him easy as he not only hits the deck but also gets to move the ball off the pitch at brisk pace. He can create awkward angles for batsmen,” India’s third-highest wicket-taker in Test cricket observed.

The cold conditions in Southampton might not be too conducive for spinners with the pitch expected to remain solid throughout the course but Harbhajan feels that two spinners in five-man attack is the way forward if Hardik Pandya is not there.

“You play two spinners when the climate is on the hotter side. The cracks will appear and they will both be effective. If it remains on the cooler side, the pitch which comprises mainly of black soil won’t break.”

“They can take a final call factoring in the weather just before the game and also taking the five-day forecast into the account. I don’t see a case for four pacers with no Hardik Pandya in the set-up. You can only play four pacers if the pitch can’t be distinguished from the outfield,” he explained. 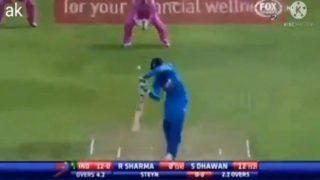