Unaware that the virtual press conference had already started, Kohli and Shastri were caught discussing the game plan for the much-awaited World Test Championship against New Zealand

Adhering to the norm of addressing the media before leaving for a high-profile tour, captain Virat Kohli and head coach Ravi Shastri answered several questions from journalists on Wednesday. From highlighting the importance of the upcoming World Test Championship final to discussing their team’s journey in the last couple of years or so – Kohli and Shastri spoke in detail. However, there was one particular moment between India skipper and Shastri left fans in splits during the duo’s presser before the team’s departure to the UK.

Indirectly, Kohli and Shastri’s conversation hinted that India’s bowling combination against the Blackcaps – would consist of Mohammed Siraj and Mohammed Shami.

Meanwhile, Kohli is not too concerned about the limited preparation time that his team will get for the WTC final against New Zealand as he believes that it has the requisite understanding of conditions from its past experience of playing in England.

Best part about PC was at start, when Kohli and Ravi didn’t knew they were live, they were discussing ongoing ENGvNZ match.

“…look, in the past we have landed in places three days prior even in a proper schedule and have had a hell of a series and hell of competition, so it is all in the head,” Kohli said in the pre-departure press conference.

The 32-year-old insisted that it was also about the mindset. “…it is not the first time we are playing in England, we all know what the conditions are like,” he said.

“And even if you are used to the conditions, if you don’t enter the field in the right frame of mind, you are going to nick that first ball or you are going to find it tough to pick wickets,” added the superstar.

On the other hand, coach Shastri believes that the WTC final should be the best of three contest. “It’s the first time there is a WTC final. The magnitude of the game is the biggest, if not the biggest ever. It’s the toughest form of the game. It has happened over two years, not two months. Teams have played each other across the world and earned the right to play the final. It is one hell of an event.”

“Ideally in the long run, if they want to pursue with Test championship, a best of three final is ideal. But you have to finish it early because of the FTP. For now, one-off is a one-off.” 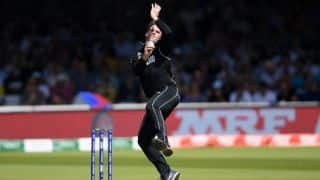