New Zealand will be better prepared for the WTC final.

Former Australian gun fast bowler Brett Lee believes that the World Test Championship final will be evenly matched but New Zealand might have the edge over India as their fast bowlers have the experience of bowling in similar conditions back home. New Zealand will be better prepared as they are playing two Test matches against England, which will help them get acclimatised to the conditions.

“Well, it is a tough one, you would have to see which bowlers can produce on this surface. And when you spoke about the Indian Test line-up, that will be on show; they have got some amazing talent as do the Kiwis. So, I think it is pretty evenly matched there,” Lee told ICC in an interaction.

Lee believes the New Zealand fast bowlers will help their team hold the advantage against India as they have more experience of bowling in conducive swing conditions. In fact, both teams have a potent bowling line-up and it would be interesting to note which side will hold the advantage.

“I am thinking though with the experience of New Zealand because they have bowled in conditions which are similar back home, you talk about the ball moving around, you talk about something in the wicket, there will be a bit of something, it may be conducive to fast bowling, to swing bowling,” Lee added.

“So that is where I think that the Kiwis might have an advantage purely from that fact. Now from a batting point of view, both sides have got batsmen that can play against swing bowling. But I think it comes down to bowling. I think whichever team bowls best will win the Test match final.”

The WTC final between India and New Zealand will take place at Ageas Bowl, Southampton from June 18. 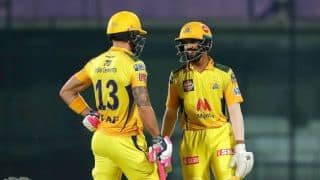