WTC Final: Need to be Prepared For Guile of Ravindra Jadeja And Ravichandran Ashwin - Henry Nicholls

WTC Final: Need to be Prepared For Guile of Ravindra Jadeja And Ravichandran Ashwin - Henry Nicholls

Jadeja and Ashwin have all the experience under their belt. 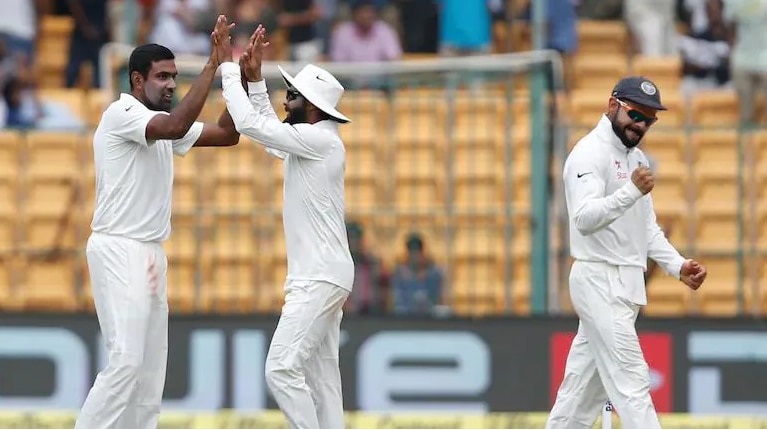 New Zealand batsman Henry Nicholls feels his team need to be prepared for the guile of quality Indian spinners Ravindra Jadeja and Ravichandran Ashwin. Nicholls knows that India has a good seam attack but he believes that the Indian spinners could be a major threat for the Kiwis.

Ravindra Jadeja and Ravichandran Ashwin have all the experience under their belt and they have the skills to breathe down the neck of the opposition batsmen. However, the English conditions are not conducive for spin bowling and thus it would be interesting to note India’s playing combination.

Jadeja has been in great form with the bat and he will definitely add value to the team as an all-rounder. On the other hand, Ashwin has been in good form too.

“India have a very good seam attack and also have experienced spinners like Ashwin and Jadeja. They have been consistent in all parts of the world (of late) and bring quality (to attack),” Nicholls, who has been in good form of late in Test cricket, told PTI in an interview.

Nicholls believes India’s pace attack is similar to New Zealand. Both the teams have potent pace battery and a lot will depend on the batting department to deliver the goods.

“Mohammed Shami along with Jasprit Bumrah and Ishant Sharma have proven their quality over the years which is similar to our seamers (Trent Boult, Tim Southee and Neil Wagner) on whom we really pride ourselves on.

“So if you are facing that kind of a line-up, it’s an exciting challenge and as a group, we are expecting it to be tough but also looking forward to the challenge,” Nicholls added.

It will be an interesting battle between two top Test teams and both will look to come up with their best. The WTC final will take place at the Ageas Bowl, Southampton from June 18. Never Felt I Will Be Able to Experience Day-Night Test: Smriti Mandhana