The leg spinner has been provisionally banned for doping.

Karachi: Pakistan Cricket Board (PCB) chief Shaharyar Khan has thrown his support to provisionally suspended Yasir Shah, saying that the leg-spinner had taken the wrong medicine by mistake. The 29-year-old spinner was handed a provisional suspension by the International Cricket Council (ICC) after being charged with an anti-doping rule violation. Shaharyar insisted that the problem of blood-pressure runs in Yasir’s family, adding that he had taken his wife’s medicine mistakenly, the Dawn reported. FULL SCORECARD: NEw Zealand vs Pakistan 2015-16, 1st T20I at Auckland

As per the ICC’s anti-doping code, the suspension period could be reduced if the offence was committed unintentionally. Reflecting his views on the issue, Shaharyar revealed that the PCB would appeal to the ICC to minimize Yasir’s potential ban. The sample Yasir provided in an in-competition test, which was conducted on 13 November 2015, was found to contain the presence of chlortalidone, a Prohibited Substance which appears in Section 5 of the WADA Prohibited List (in the category of Specified Substances).

The spinner, who was mulling to file an appeal in the case, could face a possible ban of two to four years if found guilty. Shah will be missed by Pakistan in the upcoming series as he has had made an important place in the side with his consistent performances. He has filled in Saeed Ajmal’s shoes in the side as the latter’s action was reported and subsequently lost his wicket-taking ability with a remodeled action. Yasir took 12 wickets in Pakistan’s 2-0 win against Australia last year before playing a key role in this year’s 2-1 Test series win in Sri Lanka with 24 wickets. 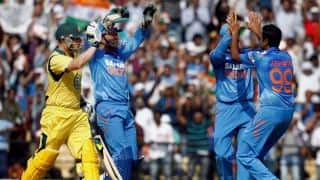