However, BCCI managed to save the event by organising it in the second half, thereby cutting down its losses. 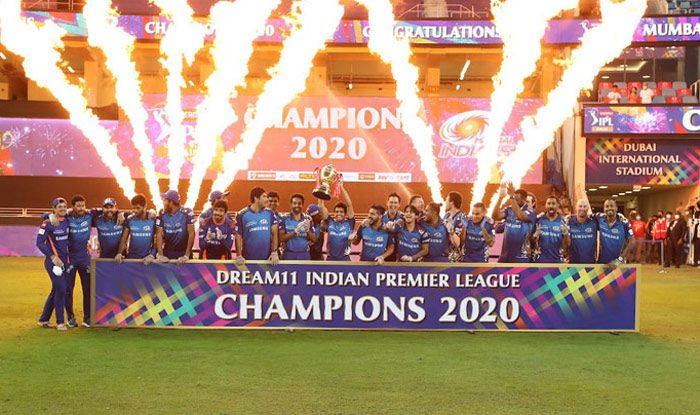 2020 has turned out to be a year everybody wants to get over with quickly, yet, it will remain etched in memory and history for the obvious reason with coronavirus pandemic tuning normal life upside down. Its impact was felt in every sphere of life, nothing escaped its tentacles. The sporting world felt the tremors too. Like was the case with others, few suffered more than others.

Cricket calendar was upended with tournaments – domestic and international – either postponed or cancelled for good.

Indian cricket felt the first shockwave when the touring South Africa team returned home without playing a match in the country with the rising cases of the deadly virus. The IPL 2020 which was to be held in the first half of the year was also postponed indefinitely.

However, BCCI managed to save the event by organising it in the second half, thereby cutting down its losses.

Here’s a look at how the world’s richest T20 league dodged the coronavirus bullet.

IPL was scheduled to get underway from March 29. The outbreak forced the BCCI to drop the plan with the country going into lockdown to fight the spread of the virus. It was decided that the event, which sees top cricketers from across the globe performing in front of packed stadiums, will be delayed, but not cancelled.

While speculations were rife over the fate of the tournament, the BCCI brass was busy behind the scene, drawing contingency plans. Eventually, when the lockdown restrictions were eased, reports emerged that there are plans to conduct the tournament in a single stage with multiple stadiums to minimize movement. However, no official word came out until the third week of July. Then it was announced that the T20 World Cup, set to be played in Australia in October-November has been delayed, opening up a window.

With the coronavirus situation in India not improving, it was decided that the tournament will be held outside the country. Several meetings later, UAE was zeroed in on the venue and by August, it was confirmed that the T20 tournament, for the second time in its history, will be completely organized held overseas. In the first week of September, BCCI announced the fixtures with Abu Dhabi, Dubai and Sharjah confirmed as venues for the matches. The tournament was to get underway from September 19 with the final on November 10.

A comprehensive SOP was prepared and sent to teams. Like other sporting events, cricket too embraced the bio-secure environment. Players were asked to join their respective teams well ahead in advance and they arrived in the UAE together in chartered flights. Overseas cricketers arrived separately. Everyone including the players, support staff among others had to undergo a mandatory six-day quarantine after landing in the middle east nation.

Several members of the Chennai Super Kings squad including two cricketers tested positive for the coronavirus after arriving in the UAE putting a big question mark over the entire event. However, the situation was swiftly handled with the entire contingent being placed in an extended quarantine while those infected were isolated in a different building.

IPL is known not just for high-voltage contests but also for its glamour. The pandemic took the glamour away. Fans weren’t allowed to attend the matches, there were no cheerleaders, no celebrity appearances. The post-match presentations were different as well. Social distancing, stress on personal hygiene became the new norm.

The fans were missing but there seemed to be no drop in the intensity of the matches. In fact, the season turned out to be one of the closest in the history. There were some shockers as well. CSK, the traditional powerhouse, endured their worst ever season, failing to make the qualifiers for the first time in history, finishing a lowly seventh. However, what didn’t change was Mumbai Indians’ dominance.

The Rohit Sharma-led franchise topped the points table and were the first to make the playoffs. They beat Delhi Capitals in the first qualifier to enter the final where they again bested them to become the champions for a record-extending fifth time.

In a year that saw the sports and life in general undergo irreparable damage, IPL was indeed a silver lining. 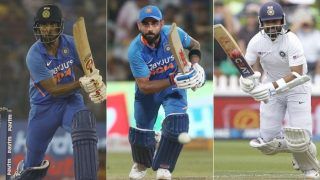 Year Ender 2020: In Year of Uncertainty, Team India Turned Out to be DOMINATOR in T20I, STRUGGLER in ODI and FIGHTER in Test