As per the scheme, the government pays 80 per cent of an employee's wage with a cap of upto 2,500 per month. Yorkshire county on Monday said its players and coaching staff have been put on furlough leave, a British government financial aid scheme in wake of the coronavirus pandemic.

As per the scheme, the government pays 80 per cent of an employee’s wage with a cap of upto 2,500 per month.

“The Yorkshire County Cricket Club’s players and cricket staff have been placed on furlough leave until further notice,” the club said in a statement on Monday. “This decision comes after the majority of the Club’s non-playing staff were placed on furlough leave at the end of March in accordance with the government’s Coronavirus Job Retention Scheme.”

“Each player and member of staff in the cricket department were contacted individually by Director of Cricket Martyn Moxon on Friday night,” the statement read.

The announcement comes amid discussions that are underway between the 18 first-class English county clubs and Professional Cricketers’ Association over wage cuts and deferrals.

Yorkshire director of cricket Martyn Moxon said, “First and foremost, there is a bigger picture than cricket and it is vitally important that people stay safe, stay healthy and support the NHS in any way possible. We are in the midst of a national crisis and cricket is secondary at this moment.”

“From a club point of view, we feel that these measures need to be taken to ensure as little damage as possible to the business,” he added.

Moxon said players are disappointed with no cricket possible due to obvious reasons and they understand the reason why the club had to take the step.

“The players are disappointed not to be playing as they have worked hard during the winter and have been excited about the season ahead. However, they are all fully understanding of the club’s decision and we hope that the situation improves as quickly as possible to ensure that everyone can resume some kind of normality as soon as possible,” he said. 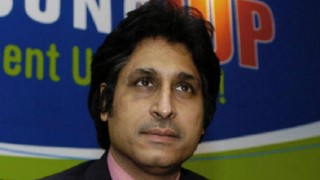