Pakistan captain cites PCB's Code of Conduct while staying away from the latest controversy.

Pakistan‘s Test and one-day captain Misbah-ul-Haq has distanced himself from the axing of senior batsman, Younis Khan for the One-Day International (ODI) series against Australia.

“I don’t want to comment on this issue because Younis is a senior teammate and I also have to look at the PCB code of conduct but I want to make it clear it is not necessary that my point of view is accepted all the time when teams are selected,” Misbah said.

Younis lashed out at the national selectors and board after being dropped for the ODI series against Australia few days back and talking to reporters he made it clear he didn’t think Misbah would have spoken out for his retention in the team.

“When a team is selected discussions are held and sometimes your arguments are accepted and sometimes they are rejected. You also have to respect and accept the views and decisions of others being part of a team set up,” Misbah said.

Asked about the recent comments of head coach, Waqar Younis in which he said he would advise Misbah to tweek his batting style a bit and be more positive in ODIs, Misbah said whatever decision he took on the field it was according to the situation and team requirement.

“If I was a defensive captain or batsman would the team have achieved the notable successes it has achieved in the last four years,” said Misbah, who took over as Test captain in 2010 and was also given the ODI captaincy in 2011.

Misbah, 40, also pointed out that it was not necessary that if some cricketer moved around a lot on the field he had an aggressive mindset. “I always decide how to play and try to combine aggression with defence looking at the situation and that is why the team has achieved success,” he stated. 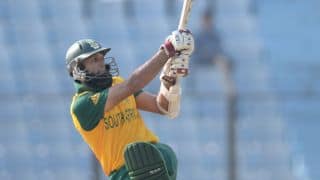