Younis Khan made it clear that he had not accepted any coaching offer from Afghanistan.

Karachi: Former Pakistan captain and batting stalwart Younis Khan has rejected reports that he is set to join the Afghanistan national team as coach after retiring from international cricket following the third Test against the West Indies. The Chairman of the Afghanistan Cricket Board Atif Mashal had stated on Thursday that Younis, 39, had agreed to coach the Afghanistan team. But Younis made it clear that he had not accepted any coaching offer from Afghanistan. “This was something that was discussed three years back and it has been revived again. But at present time I have not accepted any coaching offer. After I retire I will decide about my future assignments but presently coaching Afghanistan is not among them,” he said. FULL CRICKET SCORECARD: Pakistan vs West Indies 2017, 3rd Test at Dominica

Relations between Pakistan and Afghanistan have not been very good in recent times and the Pakistan Cricket Board is also miffed with its Afghan counterpart for not agreeing to tour Pakistan. Mashal has cited the present security situation in Pakistan for refusing to send the Afghan team. Pakistan have not hosted any international Test side since 2009 when terrorists attacked the Sri Lankan team in Lahore. There have been media reports that the PCB wants Younis to work with the national under-19 team and prepare them for the coming ICC Youth World Cup. Shan Masood: Pakistan lucky to have Misbah-ul-Haq, Younis Khan in dressing room

As of now, Pakistan skipper Misbah-ul-Haq and veteran batsmen Younis Khan are playing their final Test, as they look set to retire from the game following the conclusion of the third and final Test against hosts West Indies, at the Windsor Park in Roseau, Dominica. 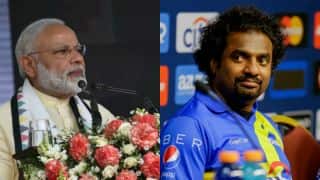 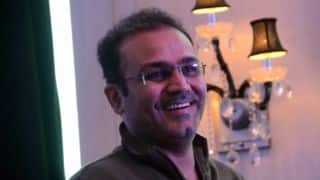