Members in the Pakistan Cricket Board feel that a young team should be built for the future.

Former captain, Younis Khan is set to be ignored once again for the One-Day Internationals (ODIs) after the Pakistan team think-tank met in Lahore at the weekend to discuss plans for the coming tour to Sri Lanka and building a team for the ICC World Cup 2015.

According to a well-informed source in the Pakistan board, head coach Waqar Younis and the national selection committee had a detailed meeting over the coming tours and having separate combinations for Test and one-day cricket.

“While there is no argument over Younis being in the Test side, the selectors are not convinced he should be in the one-day squad,” the source told PTI.

Younis himself has said repeatedly in recent times that he wants to play one-day cricket and doesn’t like being branded only as a Test player.

He has not been picked for one-dayers since last playing in South Africa in March 2013. Younis was originally given a Category B central contract last month when the Pakistan Cricket Board (PCB) announced the list of players for the new central contracts.

But after much hue and cry, they took a ‘U’ turn and included him in Category A with the board initially insisting he was demoted because he only played in one form of the game.

“There was a lot of debate on whether Younis should be included in the one-day squad but the feeling is that Pakistan needs to move ahead and prepare a set of younger players for the World Cup in Australia and New Zealand,” the source said.

He said the chief selector, Moin Khan, had told Waqar and the other selectors that it would be best to also talk to the chairman of the board on the matter before announcing any decision.

The selectors have also reached a consensus on not having Asad Shafiq in the one-day squad for the tour to Sri Lanka where Pakistan play two Tests and three ODIs in August.

Senior pace bowlers, Umar Gul and Muhammad Irfan are also unlikely to be considered for the Test matches because of concerns over their long term fitness and might be restricted to playing only limited-overs cricket.

The Pakistan team players are likely to have a two weeks’ training camp in Karachi before flying to Sri Lanka under their new head coach, Waqar, who took active part in the discussions at the weekend. 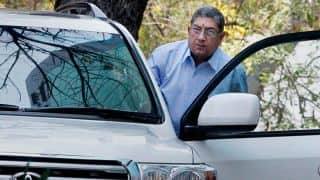 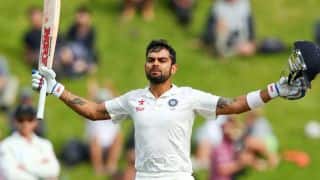