Yusuf Pathan aims to return to Team India in 6 months

Yusuf Pathan aims to return to Team India in 6 months

All-rounder Yusuf Pathan on Tuesday expressed hope that he would return to the national cricket team in the next six months, saying he was working hard to improve his form and fitness. 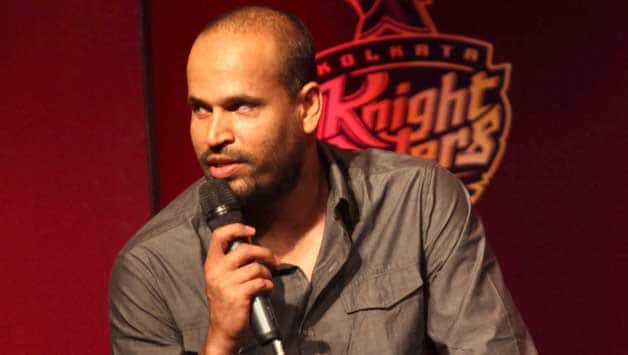 Yusuf Pathan, the all-rounder said on Tuesday that he aims to return to Team India during the course of the next six months. He also said that he was working hard to improve his form and fitness.

“Insha Allah [God willing], in the next six months I will be back,” Pathan, who was present for the inaugural ceremony of a cricket tournament, told reporters.

The hard-hitting batsman said he was working hard to improve his form and fitness so as to make a comeback to the national team.

Referring to the selection of Parvez Rasool in the Indian team for the recent Zimbabwe tour, Pathan said the budding cricketer from the valley has immense talent but it’s up to the team management to decide whom to include in the team.

“It is for the management to decide. I am an outsider when not part of the team. It is for the captain and team management [to choose the playing eleven] and I cannot say anything on that. Obviously, he has talent. Otherwise, how could he have reached that level,” he said.

Inaugurating the tournament ‘Downtown Champions League (DCL) T20 2013’, Pathan said it was a good platform for the youngsters of the valley to hone their skills.

“I congratulate the people here for organising such a tournament which will provide a platform to youngsters. It will provide them a ladder to reach higher level. I hope a good number of talented youngsters will emerge from such tournaments and play at the national level,” he said.

Pathan launched the website of the tournament and gave ownership certificates to the owners of the participating teams.

As many as 12 teams, owned by various local business houses, will be seen in action during the tournament scheduled to begin next month.