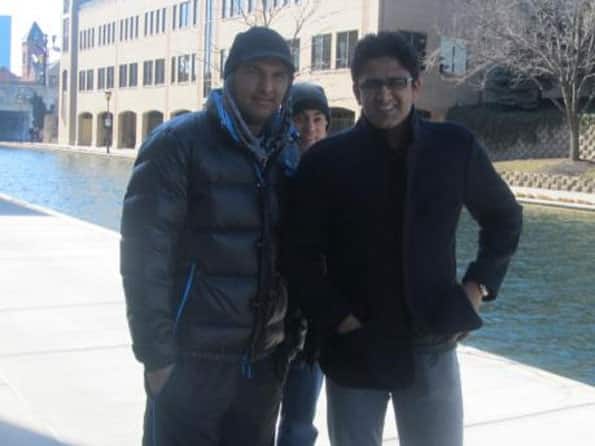 Former Indian spin legend Anil Kumble paid a surprise visit to ailing cricketer Yuvraj Singh in the United States and the all-rounder seems to be extremely happy about it.

Yuvraj, who is undergoing chemotherapy at Boston for a rare type of tumour tweeted on the micro-blogging site, “It was so nice of jumbo to surprise me ! Great motivation and a happy day spent with the legend !”

The 30-year-old, who went to US last month, has gone bald during the treatment, which will go on till the last week of March before the process of rehabilitation starts in April. He then came out with a good news for his fans, saying that tumour is almost out of his body.

The dashing batsman had earlier got a message from US cycling legend Lance Armstrong, whose own inspirational triumph over cancer is well-documented, wishing him a speedy recovery.

India’s World Cup hero has shown great courage and determination and his positive approach has not only helped him fight his battle with the dreadful disease, but has also instilled a sense of pride and relief among his fans.