“It felt nice to meet with the kids. When I started playing again after my struggle, the kids got inspiration from that and they have also fought and gone back to the sport they like. It feels good that you are contributing to the society,” he told reporters.

For the first time, city-based Tata Memorial Hospital, a renowned cancer care institution, will be sending 11 children to participate in the next month’s World Children’s Winners Games, representing India in sports such as swimming, running, table tennis and rifle shooting.

The 32-year-old said post recovery he was nervous while making his comeback to the game he loves.

“Nervousness is there because you are not sure how your body will react. I am sure the children would also be nervous when they go to play their tournament. But I have told them nervousness is a good thing. It makes you concentrate. You need a lot of courage to make a comeback. I hope they will do well in the tournament.”

The stylish left-handed batsman said he wasn’t sure that he wanted to return to the field after his illness.

“Doctors also were a bit uptight on how I was going to come back and how I was going play. But I showed a lot of character, strength and courage. I was lucky enough to also survive it (the disease).

“Lots of people are not so lucky enough. It (treatment) was hard on the body for a couple of years but eventually I was happy the way I came back,” he added.

Yuvraj said, “It is tough because you don’t know when you are going for your treatment whether you are going to survive or not. It is hard to motivate because the body is always hurting and the mind is always breaking.”

The middle-order batsman, who was the man of the tournament in 2011 World Cup won by India, said it is easier for a sportsman to motivate himself during the illness compared to people from other professions.

“I think for a sportsman it is likely to come off because as a sportsman you see lots of ups and downs. When you have a similar kind ofdowner, when you don’t know you are going to bounce back, it really motivates you to fight.

“I think it is tougher for people who are not in sports. It is a huge challenge you have to overcome. I think sports really helps to bring out the best in you,” he said.

Yuvraj explained that his lung capacity had gone down after the third chemotherapy.

“The tumour was over my left lung so it took a while for my left lung to start working properly. It has taken a lot of time for my body to come back,” he said. 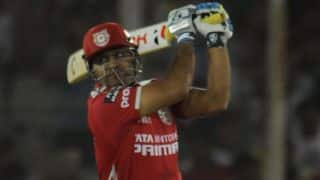 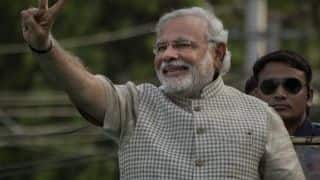