Recently retired Indian international Yuvraj Singh was picked up the Toronto Nationals in the GT20 Canada in the player draft on Thursday (June 20), for the second edition of the tournament that gets underway on July 25.

Recently retired Indian international Yuvraj Singh was picked up the Toronto Nationals in the GT20 Canada in the player draft on Thursday (June 20), for the second edition of the tournament that gets underway on July 25.

Last week, the 37-year-old announced his retirement. ALSO READ: Would love to see Yuvraj Singh get farewell from the ground: Kapil Dev

He had also confirmed that he will not be participating in the Indian Premier League (IPL) but expressed his wish to play in foreign T20 leagues. ALSO READ: Yuvraj Singh retirement full statement

“I want to play T20 cricket. At this age I can manage to play some kind of fun cricket. I want to go and enjoy my life. It’s been too stressful just thinking about my international career, performing and big tournaments like the IPL,” the 2011 World Cup hero had said at his retirement event in Mumbai on June 11.

With a career that spanned over 304 ODIs, 58 T20s and 40 Tests, Yuvraj imprinted his place in the echelons of cricket as a player who could pretty much win matches for his side either through his electric fielding, deceiving bowling or fierce batting. ALSO READ: Was told will get a farewell match should I fail Yo-Yo test: Yuvraj Singh

The second season of the GT20 will start on Thursday, July 25, with defending champions Vancouver Knights taking on the home team, Toronto Nationals, in what promises to be a thrilling battle.

President of Cricket Canada, Mr. Ranjit Saini, said, “Canada cannot wait for the action to begin. We at Cricket Canada are committed to providing much-needed opportunity and exposure to our Canadian players. We will work alongside the GT20 team to make the 2019 edition even more memorable for the players and fans. On behalf of Cricket Canada, I invite the cricket world to Canada.”

The tournament will comprise a total of 22 matches including the three playoffs games and the finals to be played on Sunday, August 11, 2019. 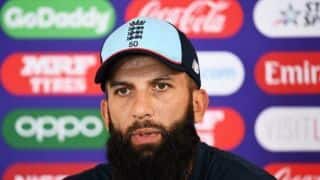