Yograj Singh says when a team loses, there is widespread criticism from all quarters.

Yuvraj Singh‘s father Yograj came out in defence of his son, saying the left-handed batsman, who struggled for his 11 runs off 21 balls, should not be singled out for India‘s loss in the ICC World T20 final to Sri Lanka.

“Yuvraj should not be singled out,” Yograj said when asked if his son consuming 21 deliveries was the main reason behind India loosing the title clash against Sri Lanka at Mirpur.

Even as Virat Kohli struck his fourth half-century of the tournament with yet another superb effort but Lankan bowlers applied brakes on a struggling Yuvraj which certainly hampered the scoring rate to a large extent. Yuvraj turned out to be a disaster as he looked completely out of sorts which even frustrated the in-form batsman at the other end. The last four overs produced only 19 runs due to Yuvraj’s failure to get big hits.

But Yograj said when a team loses, there is widespread criticism from all quarters.

“When we loose their is criticism from all sides. Ups and downs are part of life and part of this game as well,” he said.

Referring to the lean patch Yuvraj has gone through in recent times, Yograj said, “When a player some times goes through lean patch, the state of mind becomes such that he starts thinking if he dose not make runs he may be out of the team or the team may lose.”

“When West Indies lost the 1983 World Cup to India, Sir Viv Richarts went to Indian dressing room and congratulated the team saying they played better cricket and deserved to win,” he said, adding that the sportsman’s spirit in the game was more important.

He felt Yuvraj should play more domestic cricket and suggested that he should also spend some days with his father to receive coaching tips. 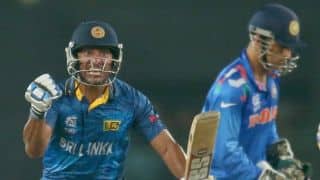 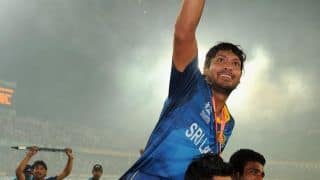