Yuvraj said that India lacked clarity when it came to picking a middle-order that could have complimented the quality top-order. Former India allrounder Yuvraj Singh has criticised the Indian team’s think-tank for getting their planning for the 2019 World Cup completely wrong. Yuvraj, who called time on his illustrious career this year, stressed that an inexperienced middle-order worked against the team’s chances where Virat Kohli and boys were shown the door in the semi-final against New Zealand.

Yuvraj said that India lacked clarity when it came to picking a middle-order that could have complimented the quality top-order. He questioned the team management’s thinking behind picking ‘inexperienced’ players in Vijay Shankar and Rishabh Pant for middle-order roles at the World Cup.

“I don’t think they were looking for me (middle-order spot). More than me not being there, I was very disappointed with what happened with Ambati Rayudu. He was our No. 4 batsman for more than a year. Even in New Zealand, in the last game, I think he got 90 and won the Man of the Match. And then you’re playing Australia and going to the World Cup,” Yuvraj said while speaking at Agenda AajTak.

“When we were going to play the 2003 World Cup, the team that played the tournaments in the lead-up, we almost played with the same team. We had decent experience, me and Mohammad Kaif played about 35-40 games. Our top-order was highly experienced and the middle order was decently experienced,” the World Cup winner added.

“My issue is that the think tank… what was happening? Dinesh Karthik was going to the World Cup. He suddenly played in the semi-final game and he doesn’t know what number he is batting.

“A guy like MS Dhoni who is such an experienced batsman… he is going to bat at No. 7. You’re not sure about the batting order. You can’t do this in big matches. You have to be sure.

“Your No.4 batsman’s highest score was 48 runs. I thought the planning was really poor. Because they thought Rohit was in good form, Virat was in good form and the other guys can play around that. You don’t win tournaments like that.

“If you look at Australia, you see their teams in 2003, 2007 and 2015… they always had well-set batsman in the middle-order. I felt the planning was completely wrong.” 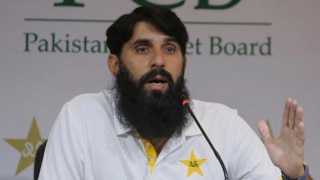 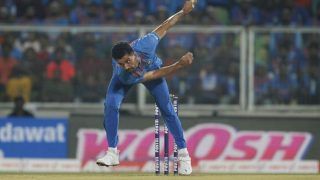