Singh posted a photo of iconic cartoon character Tom and Jerry and he also had a special request for Carter. 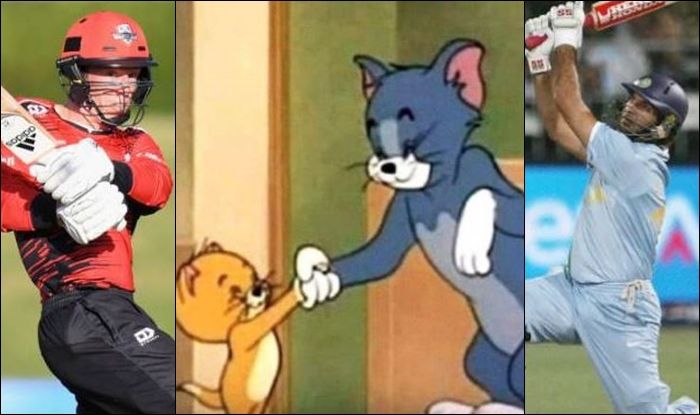 On Wednesday, former India cricketer Yuvraj Singh welcomed Canterbury Kings’ Leo Carter to the ‘six sixes’ club in a unique fashion. Singh posted a photo of iconic cartoon character Tom and Jerry and he also had a special request for Carter, who achieved the feat in a Super Smash match between Canterbury Kings and Northern Knights.

Welcome Leo Carter to the six sixes club ! That was some epic hitting, now please sign your jersey and give it to Devcich as a mark of respect ✊ pic.twitter.com/0iRtyBNH52

Thirteen years back, Yuvraj Singh had hit six sixes in an over off England’s Stuart Broad during the inaugural 2007 ICC World T20. It happened after Singh got engaged in a spat with Andrew Flintoff in the over before that, which perhaps pepped him on to hit six sixes.

Sir Garfield Sobers was the first cricketer to achieve the rare feat in First-Class cricket, he took Malcolm Nash to the cleaners. After that, it was India’s current cricket coach Ravi Shastri who did it in 1984-85 during a Ranji Trophy match. He had smoked Baroda’s Tilak Raj for six sixes in an over.

After that came the first-ever instance when it was done in international cricket and it was former South African cricketer Herschelle Gibbs. He did it in the 2007 ICC World Cup against the Netherlands of the bowling of Dan van Bunge during a group stage match.

ICC to discuss four-day Test in their upcoming meeting 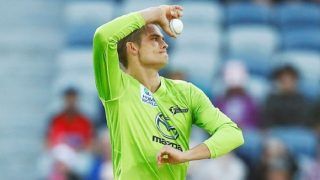