Hours ahead of the Road Safety World Series final, India Legends skipper Sachin Tendulkar posted a video on Twitter where he has the company of West Indian legend Brian Lara. The two iconic cricketers use their star power to spread a message on road safety awareness.

In the video, Lara bumps into Tendulkar and asks him for a ride. Tendulkar asks him to join and that is when Lara inquires if it is necessary to wear a helmet. The Indian Legends skipper responds with a yes. Tendulkar says that it is extremely important for the pillion to wear a helmet as well.

While this message was being loved by the fans of the cricketers, Yuvraj Singh – who is known to be a prankster – cheekily slipped in a comment. He wrote: “Oscar nomination.”

Be it riding on the roads or driving on the 🏏 field, wearing a helmet is a must!

Hosts India would lock horns with Sri Lanka Legends in the summit clash of the Road Safety World Series. Both teams have had a good run in the tournament and hence a mouthwatering clash is on the cards. For India, both Yuvraj and Tendulkar would be expected to play a key role.

They have shown shades of their past and India would hope for a repeat. While Yuvraj has come good with the bat and the ball, Tendulkar has been among the runs in the tournament.

The Lankans would rely heavily on Tilakaratne Dilshan and Sanath Jayasuriya. Given the form, India would have the edge on paper against their neighbours. 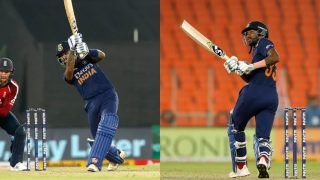 India vs England | What Suryakumar Yadav, Hardik Pandya Did Was Commendable: Gautam Gambhir 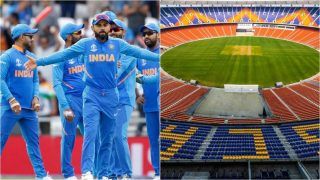